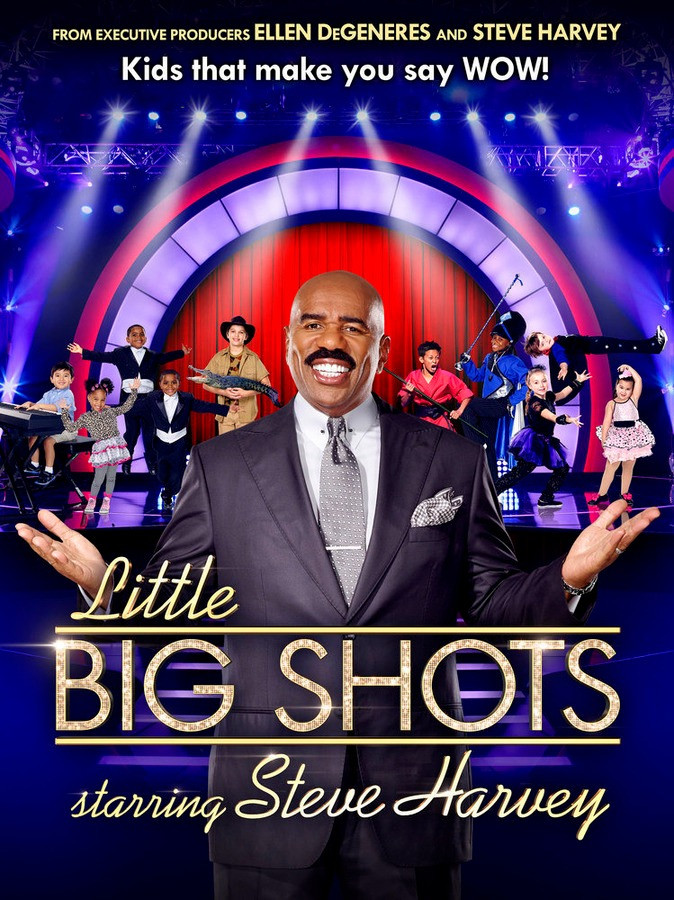 Little Big Shots is an American variety television series co-created and produced by Steve Harvey and Ellen DeGeneres. The series features children demonstrating talents and engaging in conversation with the host.

The text on the poster identifies two other typefaces: Futura Book Font  and Kaufmann Font .