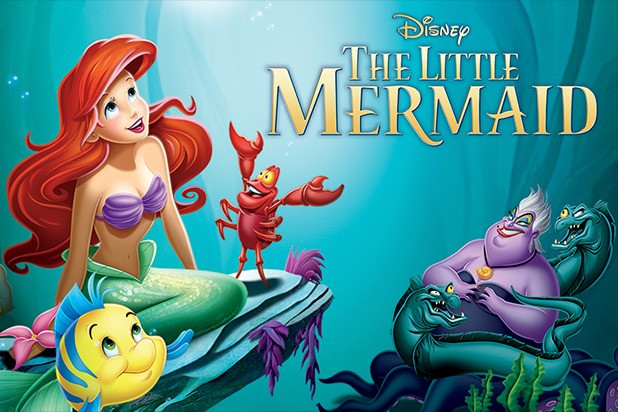 The Little Mermaid is a 1989 American animated musical romantic fantasy film produced by Walt Disney Feature Animation and Walt Disney Pictures. The 28th Disney animated feature film and the first film in The Little Mermaid trilogy and the second in the chronology of the story running through the series, it is loosely based on the 1837 Danish fairy tale of the same name by Hans Christian Andersen. The film tells the story of a mermaid Princess named Ariel, who dreams of becoming human and falls in love with a human prince named Eric, which leads her to make a magic deal with an evil sea witch to become human and be with him. Written and directed by Ron Clements and John Musker, with music by Alan Menken and lyrics by Howard Ashman (who also served as co-producer alongside John Musker), and art direction by Michael Peraza Jr. and Donald A. Towns, the film features the voices of Jodi Benson, Christopher Daniel Barnes, Pat Carroll, Samuel E. Wright, Jason Marin, Kenneth Mars, Buddy Hackett, and René Auberjonois.

The text “The Little Mermaid” on the poster we identify is created by Mermaidtales Font.