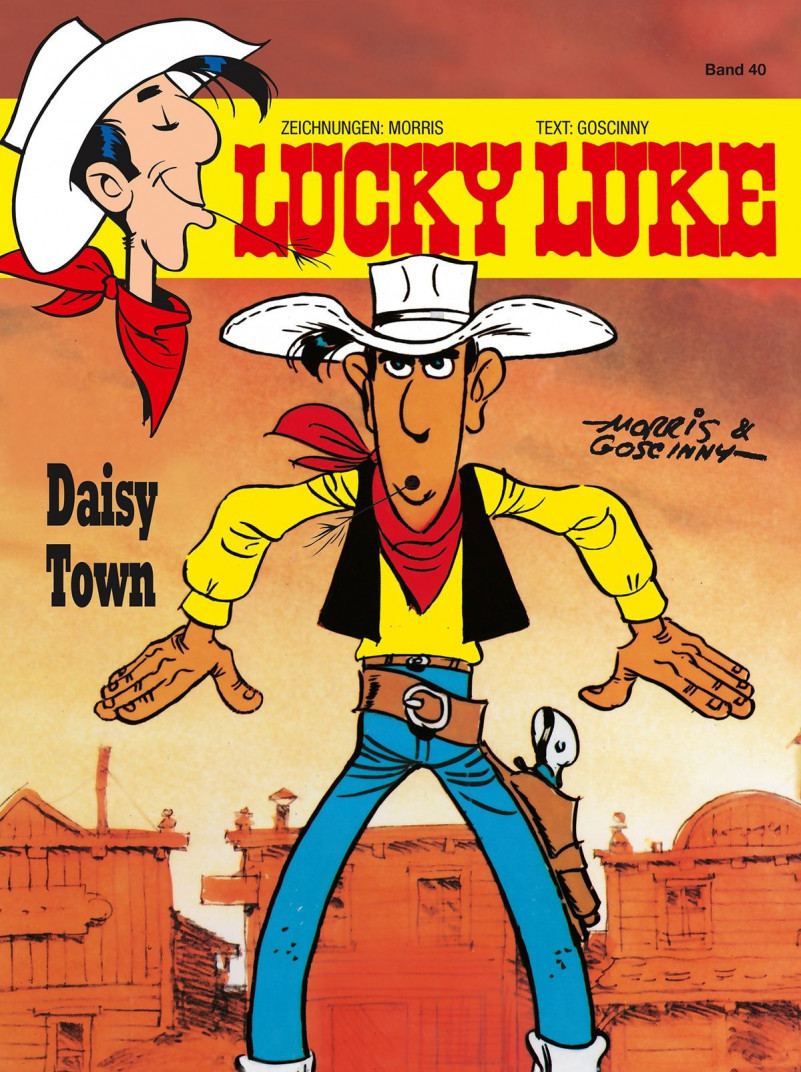 Lucky Luke is a Western bande dessinée series created by Belgian cartoonist Morris in 1946. Morris wrote and drew the series single-handedly until 1955, after which he started collaborating with French writer René Goscinny, who also created the Astérix series. Their partnership lasted until Goscinny’s death in 1977. Afterwards, Morris collaborated with several other writers, until his own death, in 2001. Since Morris’s death, French artist Achdé has drawn the series, aided by the work of other writers.

“Lucky Luke” is the font used in Lucky Luke poster.