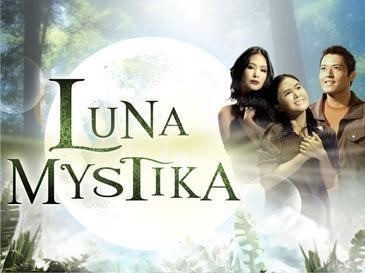 Luna Mystika is a Philippine television drama fantasy series broadcast by GMA Network. Directed by Michael Tuviera and Gil Tejada Jr., it stars Heart Evangelista and Mark Anthony Fernandez. It premiered on November 17, 2008 on the network’s Telebabad line up replacing Codename: Asero and worldwide on November 19, 2008 on GMA Pinoy TV. The series concluded on March 6, 2009 with a total of 80 episodes. It was replaced by All About Eve in its timeslot.

The text “Luna Mystika” on the poster we identify is created by Winob Font.