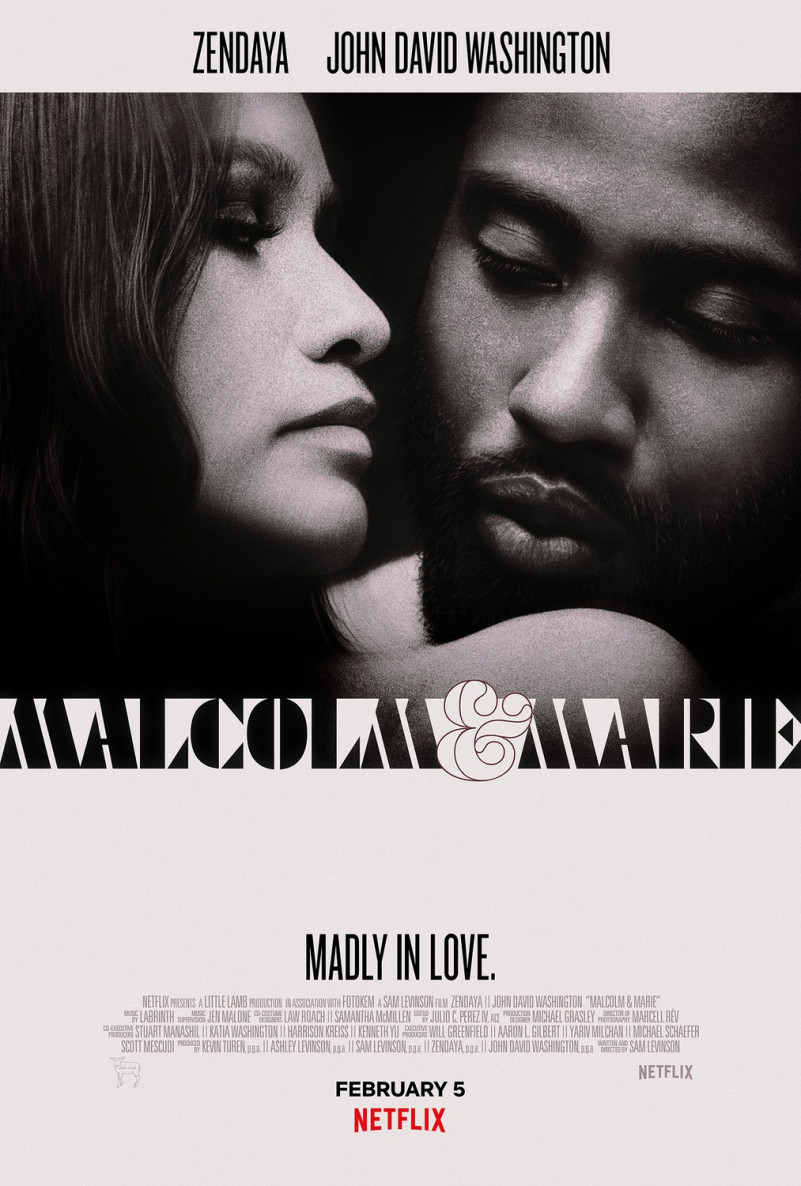 Malcolm & Marie is scheduled to be released in select theaters in January 2021, before being released digitally on February 5, 2021, by Netflix.