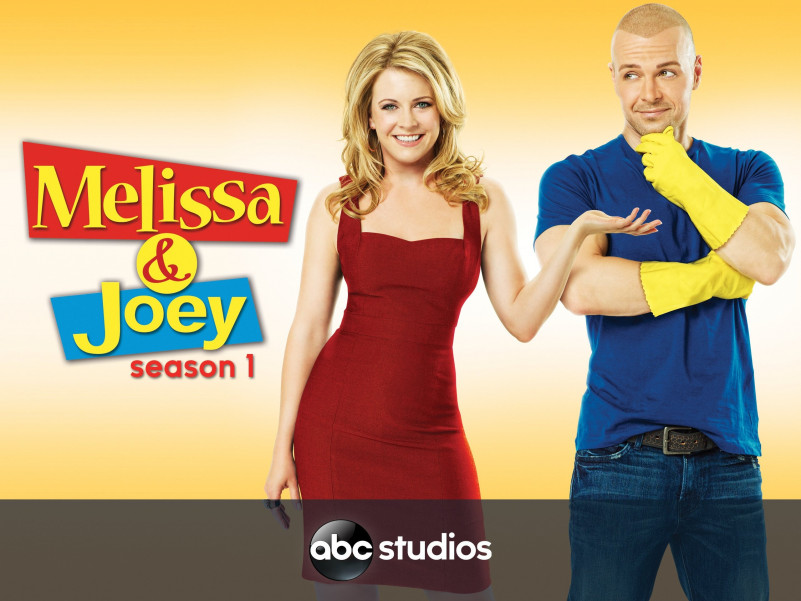 Melissa & Joey is an American sitcom television series that aired between 2010 and 2015 on ABC Family. It follows local politician Mel Burke and Joe Longo, whom Mel hires to look after her niece and nephew after a Ponzi scheme leaves Joe broke.

The text on the poster we identify is created by Nueva Std Bold Font.