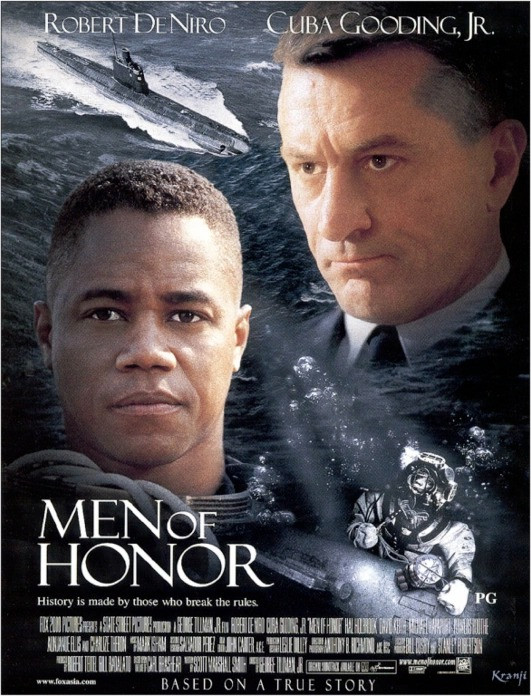 Men of Honor is a 2000 American drama film, starring Robert De Niro and Cuba Gooding Jr.. The film was directed by George Tillman Jr. It is inspired by the true story of Master Chief Petty Officer Carl Brashear, the first African American master diver in the United States Navy.