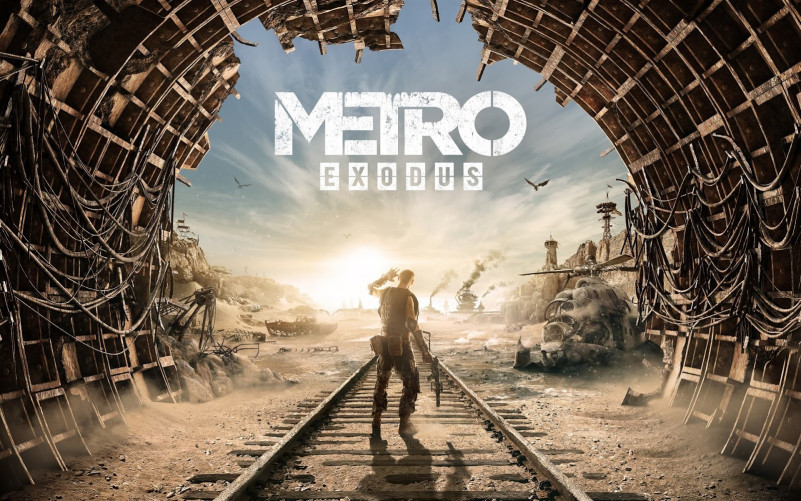 Metro Exodus is a shooter video game. This first-person video game is developed by 4A Games and it was published by Deep Silver in 2019. Metro Exodus is the third installment in the Metro video game series and it is based on Dmitry Glukhovsky’s novels.

The development of the game began in 2014 at 4A Games’ studios in Malta and Kiev. Metro Exodus was released for different platforms; Microsoft Windows, PlayStation 4, and Xbox One. The game follows the events of Metro 2033 and also Metro: Last Light. This game includes survival horror and stealth elements and it is set in a post-apocalyptic wasteland that belongs to the former Russian Federation.

The text “Metro Exodus” on the poster we identify is created by Capture it Font.