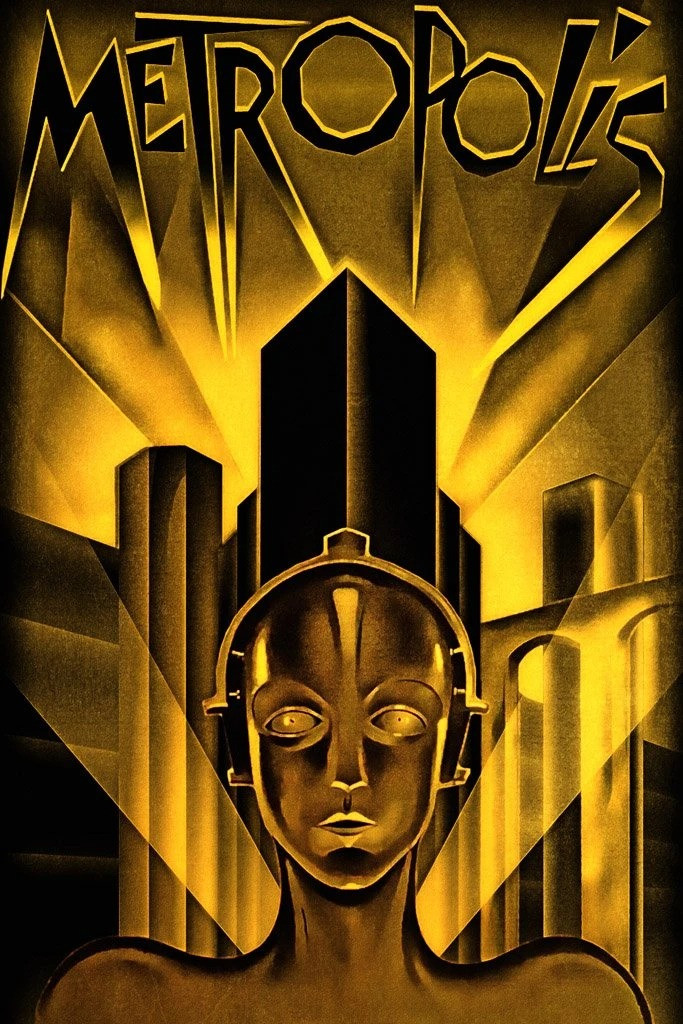 Metropolis is a 1927 German expressionist science-fiction drama film directed by Fritz Lang. Written by Thea von Harbou in collaboration with Lang, it stars Gustav Fröhlich, Alfred Abel, Rudolf Klein-Rogge and Brigitte Helm. Erich Pommer produced it in the Babelsberg Studios for Universum Film A.G. (UFA). The silent film is regarded as a pioneering science-fiction movie, being among the first feature-length movies of that genre.Filming took place over 17 months in 1925–26 at a cost of more than five million Reichsmarks.

“Metropolis ” is the font used in Metropolis poster.