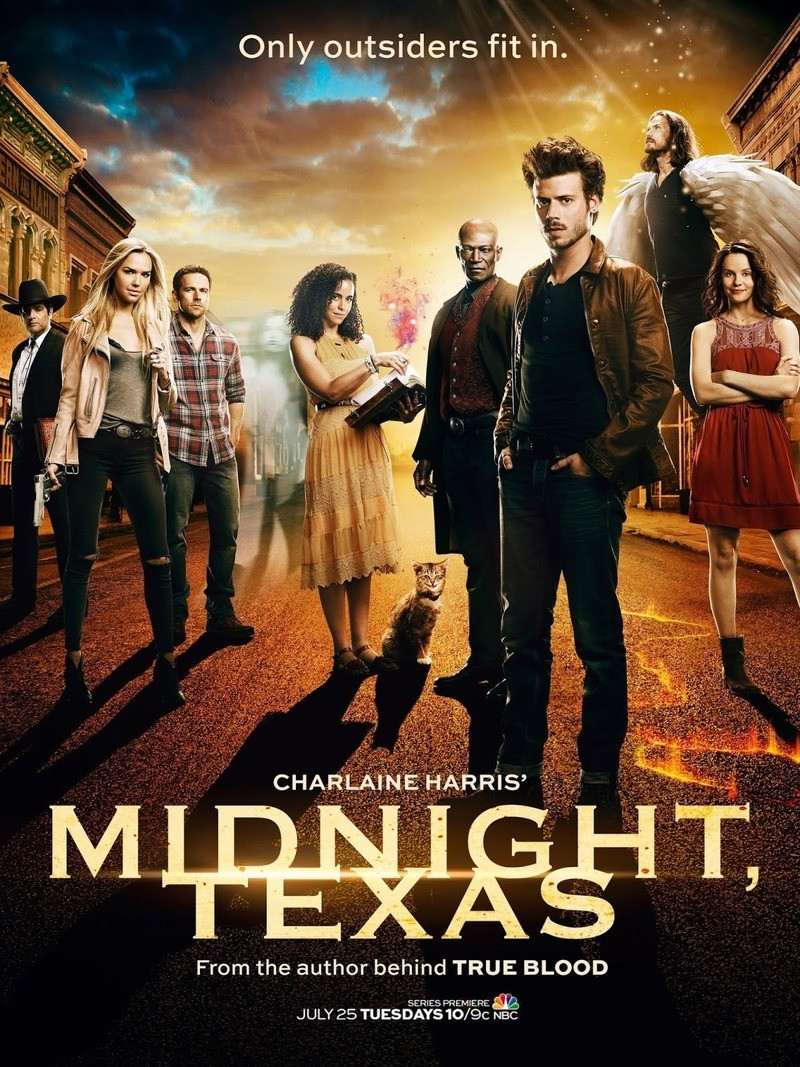 Midnight, Texas is an American supernatural drama television series broadcast on NBC. Midnight, Texas is based on the book series of the same name by author Charlaine Harris, who also wrote The Southern Vampire Mysteries, the novels which were adapted into the True Blood television series. The series premiered on July 24, 2017. On February 14, 2018, NBC renewed the series for a second season, which premiered on October 26, 2018.