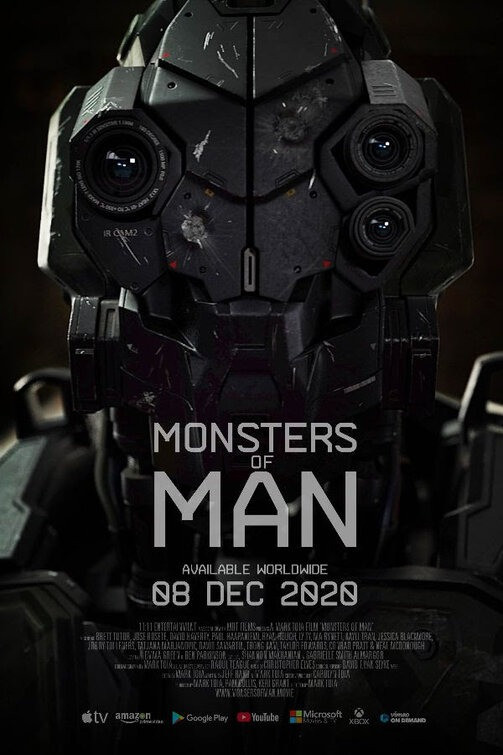 A robotics company teams up with a corrupt CIA agent undergoing an illegal, unsanctioned military operation. Dropping four prototype robots into a suspected drug manufacturing camp in the Golden triangle that no one will miss. The mission is to prove the robotics company is worthy of winning a lucrative military contract. Six doctors on a good cause witness the brutal slaughter of an innocent village and are forced into a deadly game of cat and mouse as they become the new targets. Written by Mark Toia

“Arame Regular” is the font used in MONSTERS of MAN poster. Arame was designed by Dimitre Lima and published by DMTR.ORG. Arame contains 8 styles and family package options.