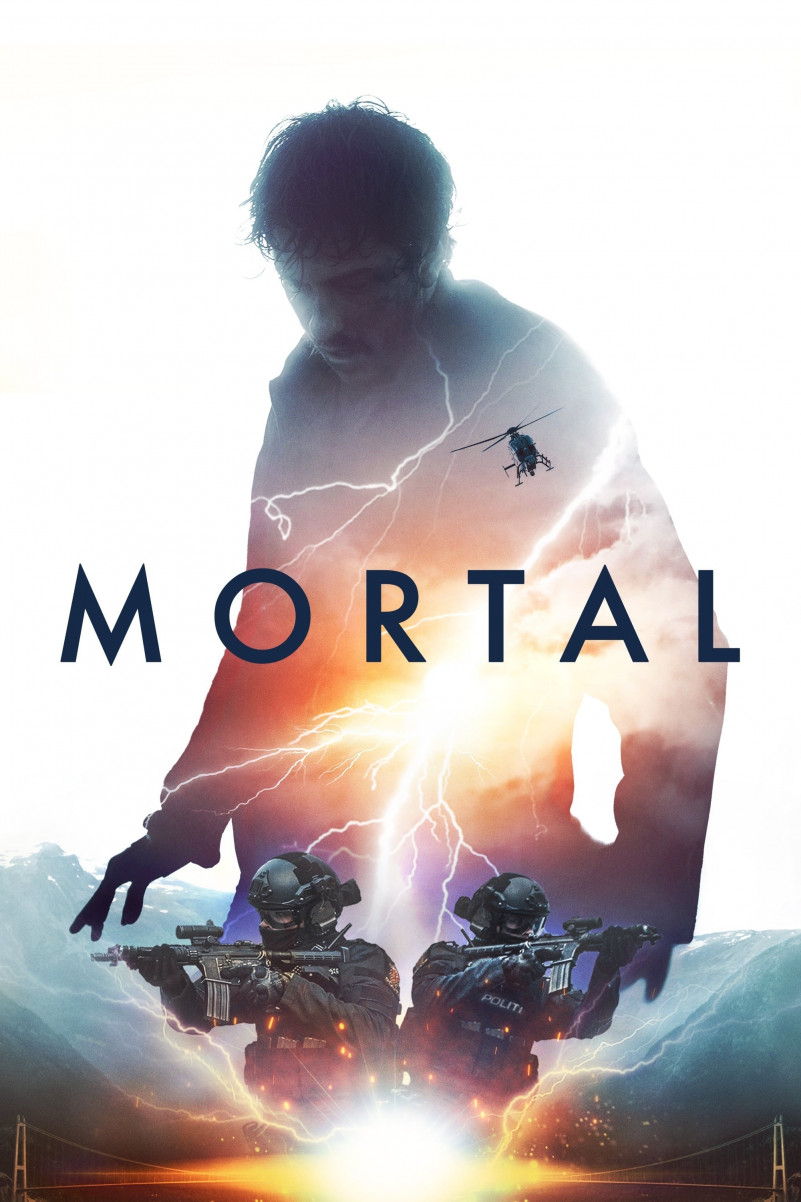 Mortal (Norwegian: Torden) is a 2020 English-language Norwegian fantasy action film written and directed by André Øvredal, with music by Marcus Paus. The film is inspired by Norse mythology; it stars Nat Wolff as Eric, a young man who discovers that he has god-like powers based on ancient Norse mythology. Originally Robert Sheehan was cast in the role. The film was released on 28 February 2020 and is distributed by Nordisk Film. It is supported by a grant from the Government of Norway. The film’s dialogue is in English and Norwegian and most of the actors are Norwegian, with the exception of Wolff.