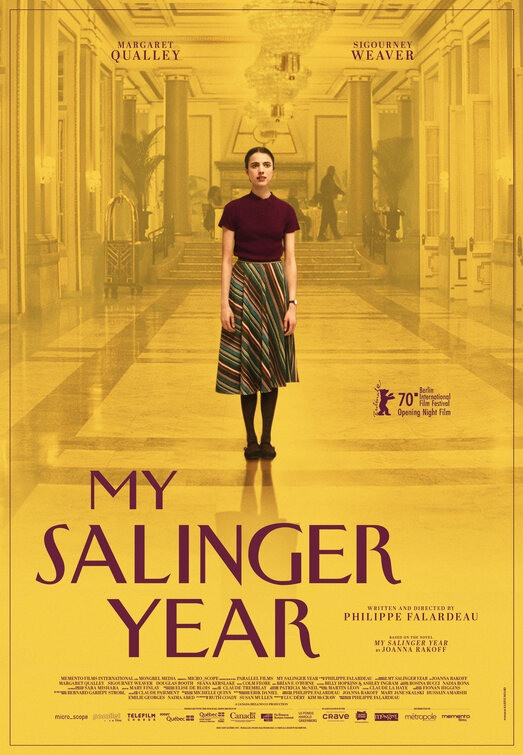 My Salinger Year is a 2020 Canadian-Irish drama film, written and directed by Philippe Falardeau, based upon the memoir of the same name by Joanna Rakoff. It stars Margaret Qualley, Sigourney Weaver, Douglas Booth, Seána Kerslake, Colm Feore and Brían F. O’Byrne.

Its world premiere was at the Berlin International Film Festival on February 20, 2020. It is scheduled to be released in Canada on October 23, 2020, by Mongrel Media.