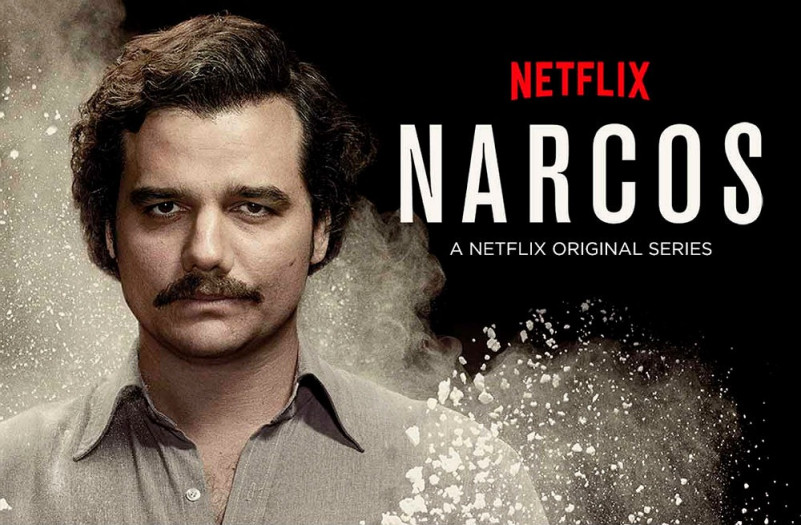 Narcos is an American crime drama television series created and produced by Chris Brancato, Carlo Bernard, and Doug Miro.Set and filmed in Colombia, seasons 1 and 2 are based on the story of drug kingpin Pablo Escobar, who became a billionaire through the production and distribution of cocaine.

The text on the poster we identify is created by  Akzidenz-Grotesk  Font.