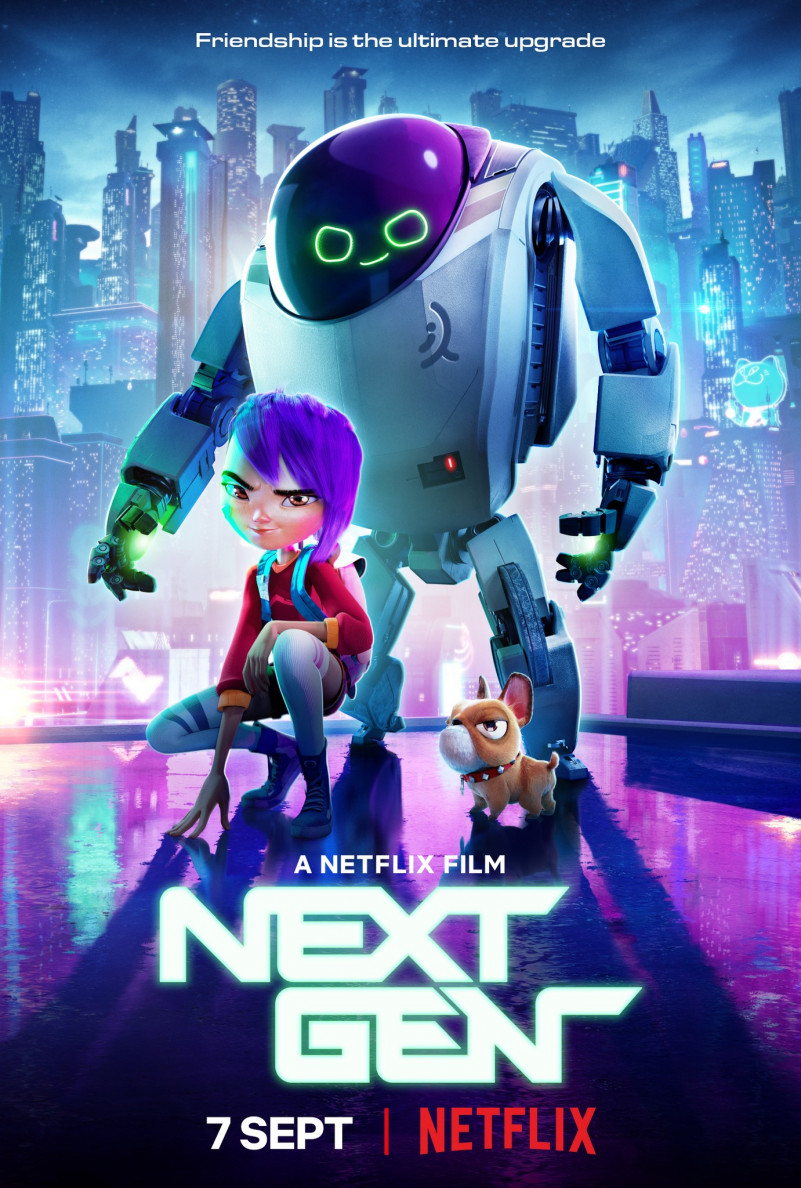 Next Gen is a 2018 computer-animated science fiction action film that is based on the online Chinese comic 7723 by Wang Nima, and is directed by Kevin R. Adams and Joe Ksander. The film stars the voices of John Krasinski, Charlyne Yi, Jason Sudeikis, Michael Peña, David Cross and Constance Wu. It tells the story of Mai Su, a lonely rebellious teenage girl living in a world where sentient robot technology is commonplace, and 7723, a top-secret weaponized robot, who, through a chance encounter, meet each other and form an unlikely bond that they must use to stop a vicious threat. The film was released on Netflix on September 7, 2018.

The text “Next Gen” on the poster we identify is created by Spacestation Font.