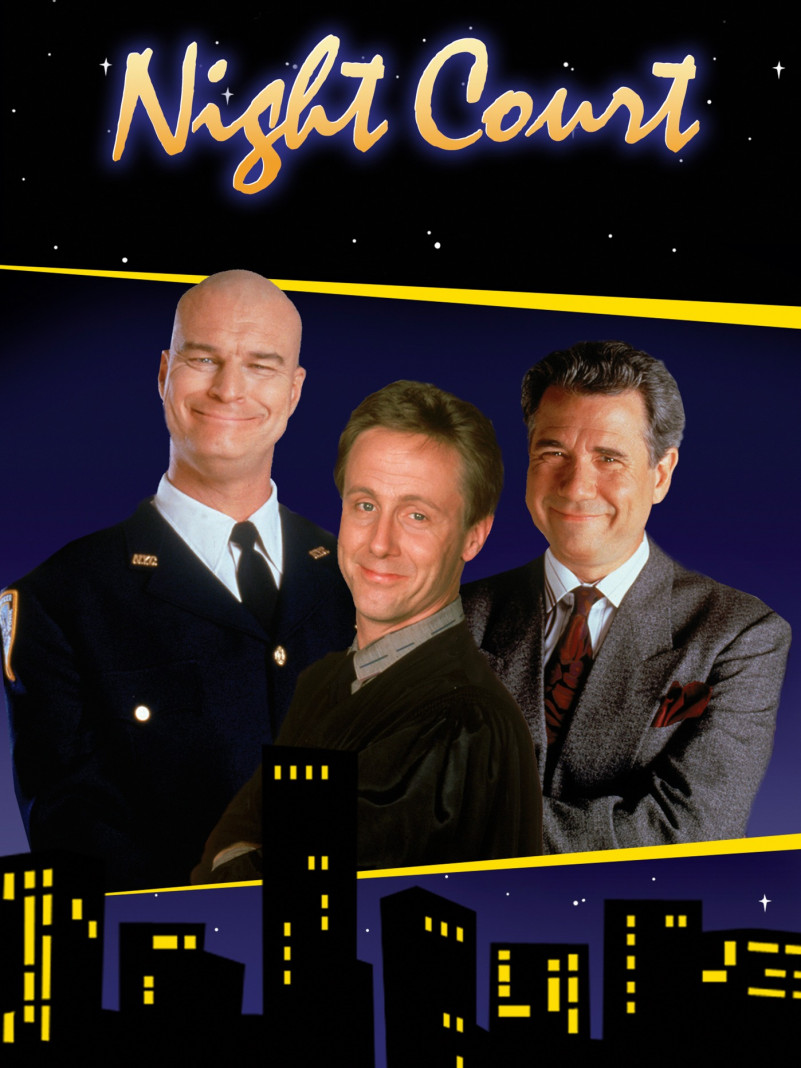 Night Court is an American sitcom television series that aired on NBC from January 4, 1984, to May 31, 1992. The setting was the night shift of a Manhattan municipal court presided over by a young, unorthodox judge, Harold T. “Harry” Stone (played by Harry Anderson). The series was created by comedy writer Reinhold Weege, who had previously worked on Barney Miller in the 1970s and early 1980s. It was substantially more successful than Sirota’s Court, a similarly themed sitcom from 1976-77.

The text on the poster we identify is created by MistralFont. Mistral was designed by Roger Excoffon and published by Linotype. Mistral contains 2 styles and family package options.