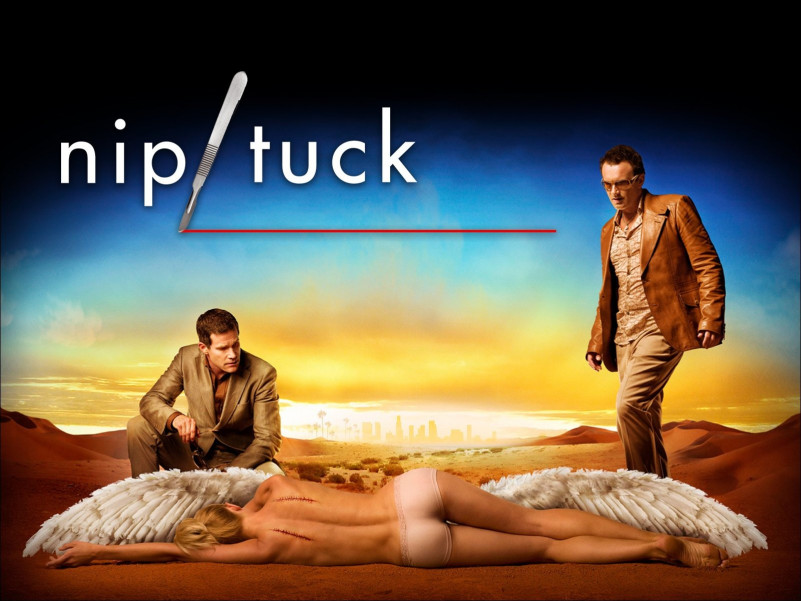 Nip/Tuck is an American serial medical drama television series created by Ryan Murphy that aired on FX in the United States from July 22, 2003, to March 3, 2010. The series, which also incorporates elements of crime drama, black comedy, family drama, satire, and psychological thriller, focuses on “McNamara/Troy”, a cutting-edge, controversial plastic surgery center, and follows the personal and professional lives of its founders Dr. Sean McNamara and Dr. Christian Troy (portrayed by Dylan Walsh and Julian McMahon, respectively). Each episode features graphic, partial depictions of the plastic surgeries on one or more patients, as well as developments in the doctors’ personal lives. Focus is also given to McNamara/Troy’s anesthesiologist Dr. Liz Cruz, Christian’s many sexual partners, and Sean’s family. With the exception of the pilot, each episode of the series is named after the patient(s) scheduled to receive plastic surgery.

The font used for the Nip/Tuck poster is futura Font