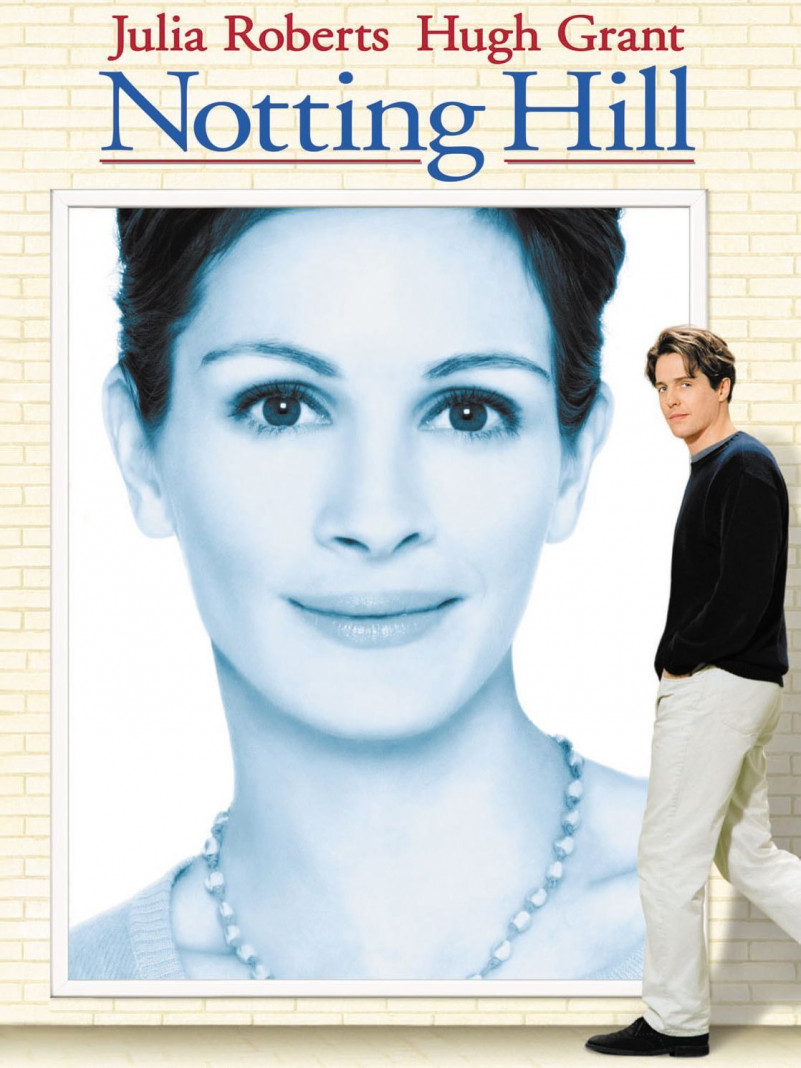 Notting Hill is a 1999 romantic comedy film directed by Roger Michell. The screenplay was written by Richard Curtis, author of Four Weddings and a Funeral (1994), and the film was produced by Duncan Kenworthy. The film stars Julia Roberts, Hugh Grant, Rhys Ifans, Emma Chambers, Tim McInnerny, Gina McKee, and Hugh Bonneville. The story is of a romance between a London bookseller played by Grant and a famous American actress played by Roberts, who happens to walk into his shop.