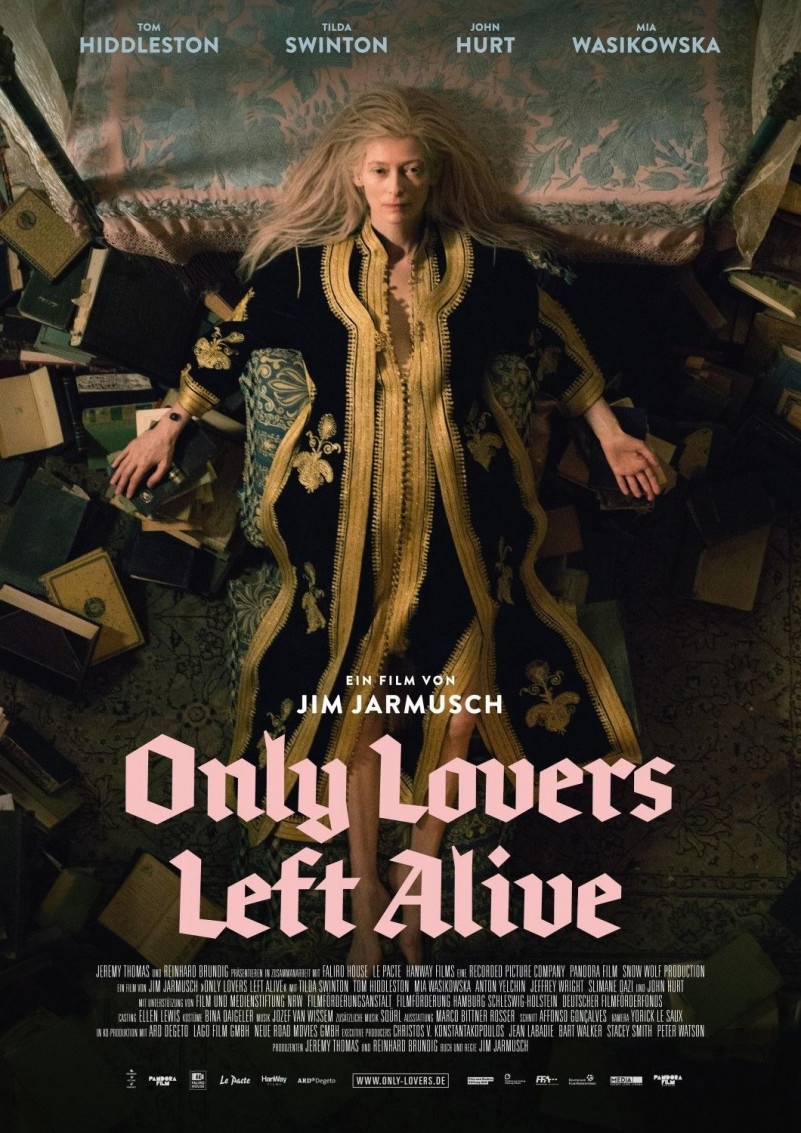 Only Lovers Left Alive is a 2013 comedy-drama film written and directed by Jim Jarmusch, starring Tilda Swinton, Tom Hiddleston, Mia Wasikowska, Anton Yelchin, Jeffrey Wright, Slimane Dazi and John Hurt. An international co-production of the United Kingdom and Germany, the film focuses on the romance between two vampires, and was nominated for the Palme d’Or at the 2013 Cannes Film Festival.