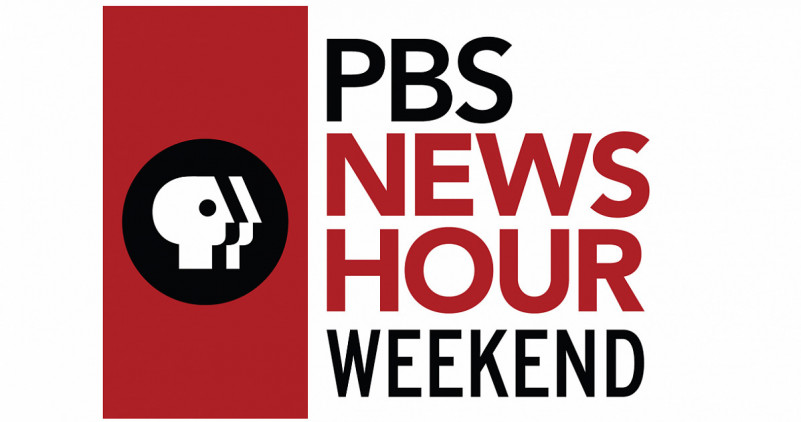 The PBS NewsHour is an American daily evening television news program and the news division that is broadcast on the Public Broadcasting Service (PBS), airing seven nights a week on more than 350 of the public broadcaster’s member stations. As the nation’s first hour-long nightly news broadcast, the program is known for its in-depth coverage of issues and current events.

What’s the font used for PBS NewsHour Logo?
The font used for PBS NewsHour is Couture Font. Couture was designed by Chase Babb. Couture is a refreshing sans serif font that is ready for anything! Equally comfortable being put to use in modern or vintage projects, this versatile font is excellent for logos & branding, advertising, promotions & events, plus countless other uses.