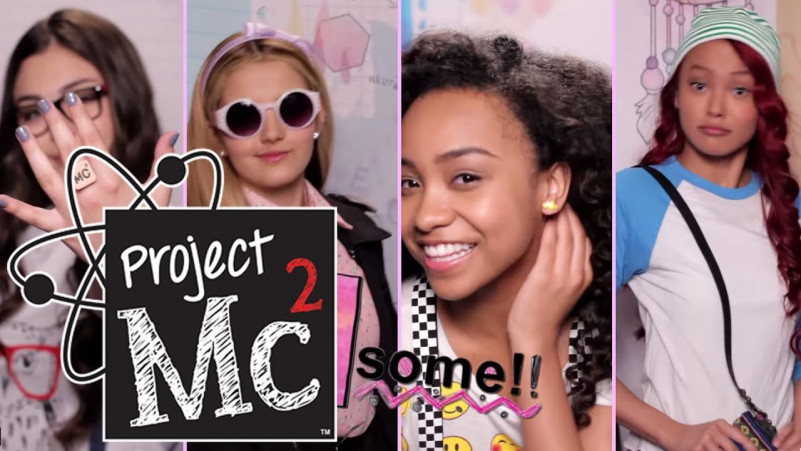 Project Mc2 is a Netflix television series, with the first season released on August 7, 2015. The series is about McKeyla, a teen spy who teams up Adrienne, Bryden, and Camryn, three super-smart girls and combine their science skills to help save the day.

The two fonts used for the title of the TV series are Throw My Hands Up in the Air by Kimberly Geswein, and A song for Jennifer desgined by Brittney Murphy Design.