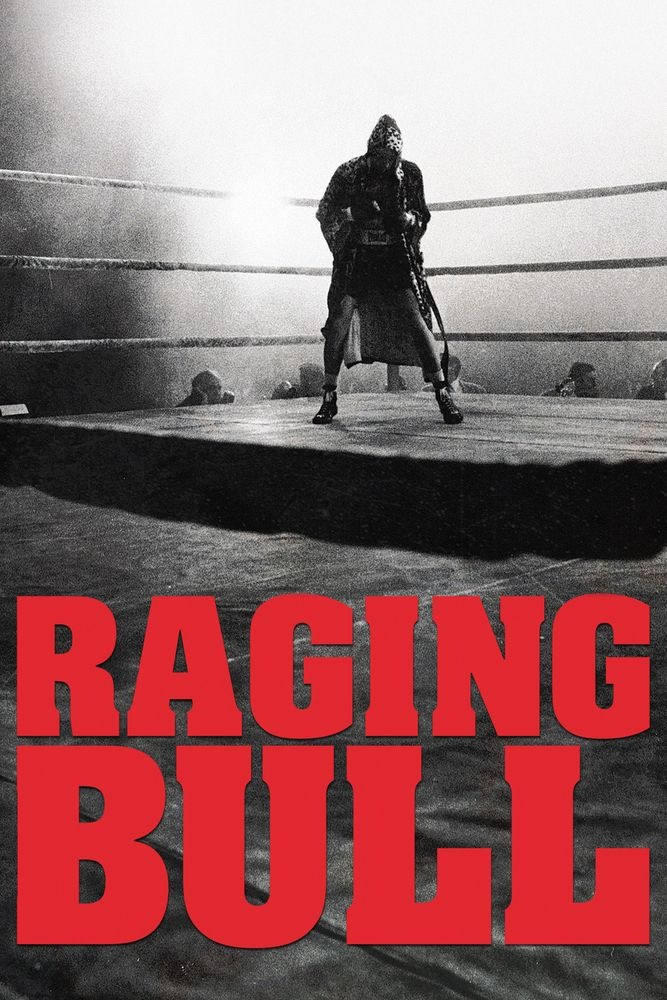 Raging Bull is a 1980 American biographical sports drama film directed by Martin Scorsese, produced by Robert Chartoff and Irwin Winkler and adapted by Paul Schrader and Mardik Martin from Jake LaMotta’s 1970 memoir Raging Bull: My Story. The film, distributed by United Artists, stars Robert De Niro as Jake LaMotta, an Italian-American middleweight boxer whose self-destructive and obsessive rage, sexual jealousy, and animalistic appetite destroyed his relationship with his wife and family. Also featured in the film are Joe Pesci as Joey, LaMotta’s well-intentioned brother and manager who tries to help Jake battle his inner demons, and Cathy Moriarty as his wife. Nicholas Colasanto, Theresa Saldana, and Frank Vincent all play supporting roles in the film.

The text on the poster we identify is created by Aachen Font. Aachen was designed by Colin Brignall and published by ITC. Aachen contains 4 styles and family package options.