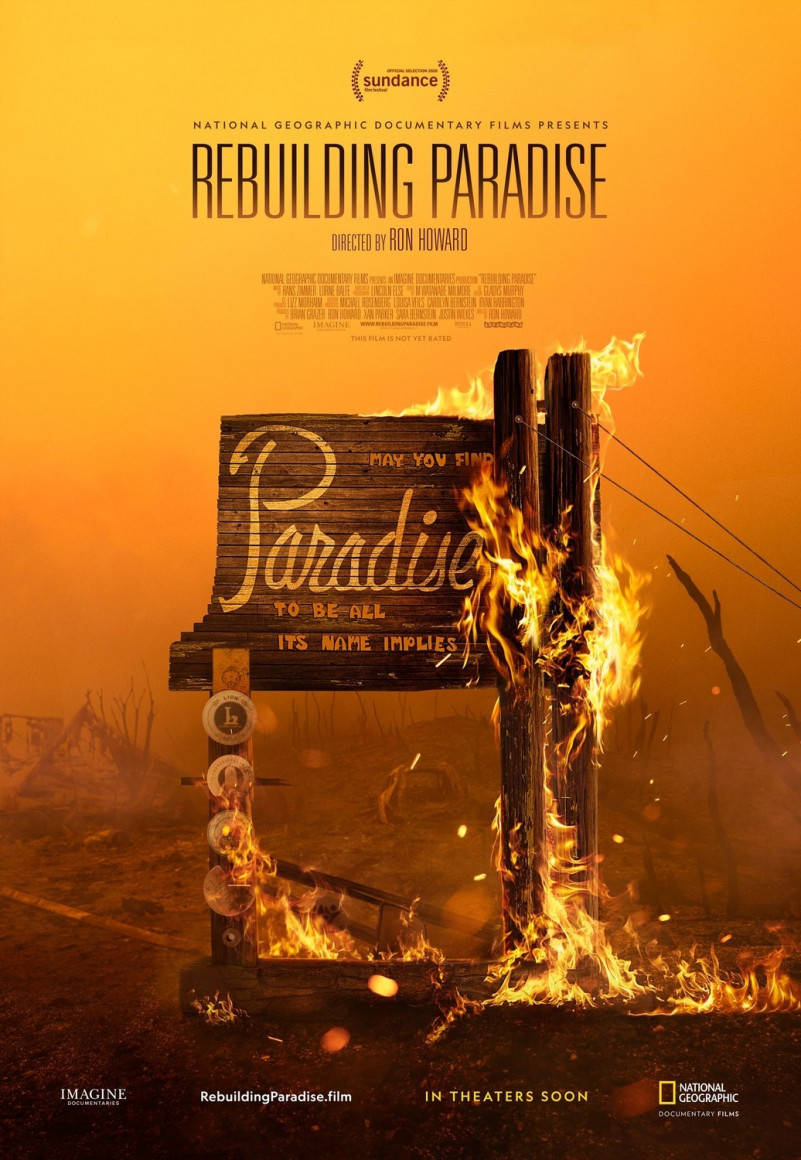 Rebuilding Paradise is an 2020 American documentary film directed and produced by Ron Howard. The film follows the rebuild of Paradise, California, following the 2018 California wildfires.

It had its world premiere at the Sundance Film Festival on January 24, 2020. It is scheduled to be released on July 31, 2020, by National Geographic Films.

The text “Rebuilding Paradise” on the poster we identify is created by Univers 39 Thin Ultra Condensed Font. Univers was designed by Adrian Frutiger, Aleksei Chekulaev and published by Linotype. Univers contains 27 styles and family package options.