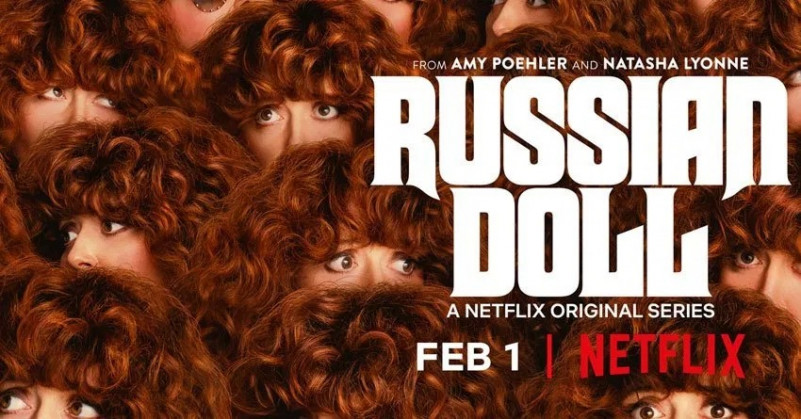 Russian Doll is an American comedy-drama web television series, created by Natasha Lyonne, Leslye Headland, and Amy Poehler, that premiered on February 1, 2019, on Netflix. The series follows Nadia Vulvokov (Lyonne), a game developer who repeatedly dies and relives the same night in an ongoing time loop and tries to solve it, leading to her finding Alan Zaveri in the same situation (portrayed by Charlie Barnett). It also stars Greta Lee, Yul Vazquez, and Elizabeth Ashley.

The text “Russian Doll” on the poster we identify is created by Macbeth Pro Regular Font. Macbeth was published by Linotype. Macbeth contains 2 styles and family package options.