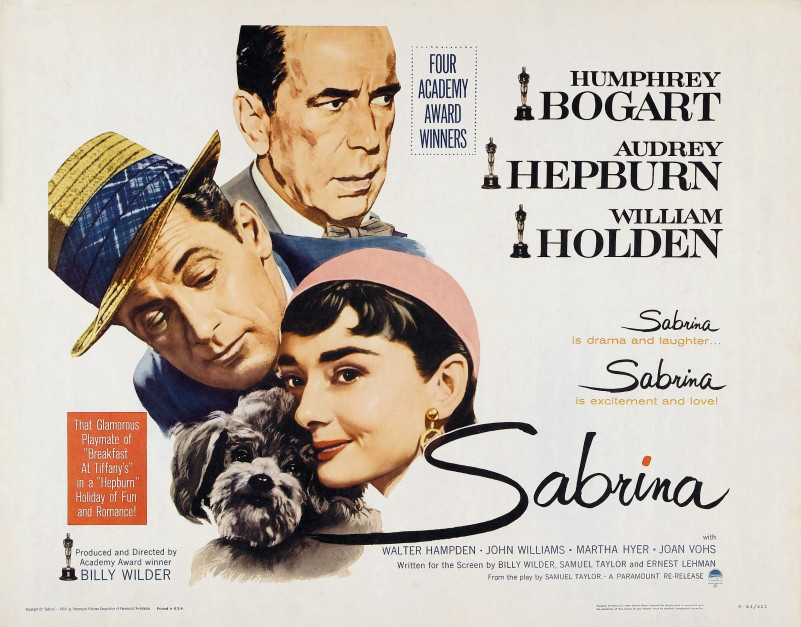 Sabrina is a 1954 American romantic comedy-drama film directed by Billy Wilder, adapted for the screen by Wilder, Samuel A. Taylor, and Ernest Lehman from Taylor’s 1953 play Sabrina Fair. The picture stars Humphrey Bogart, Audrey Hepburn and William Holden. This was Wilder’s last film released by Paramount Pictures, ending a 12-year business relationship between Wilder and the company. The film was selected for preservation in the United States National Film Registry by the Library of Congress in 2002.

“Sabrina AT” is the font used in Sabrina poster.