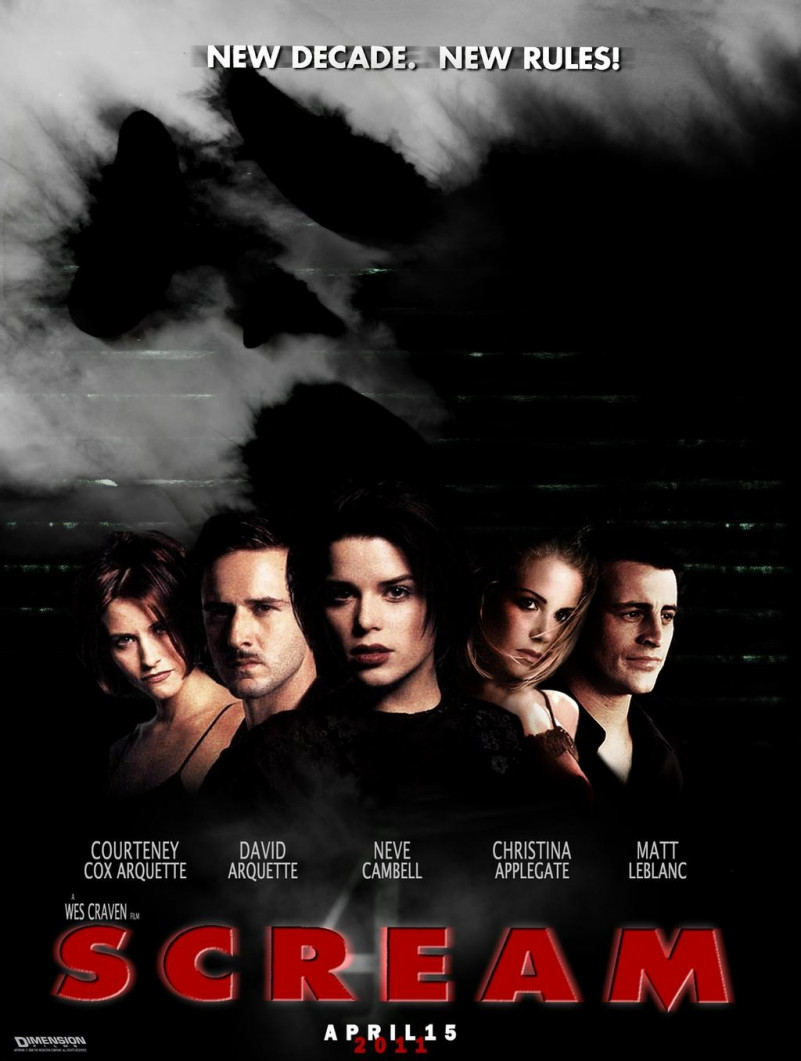 Scream is a 1996 American slasher film written by Kevin Williamson and directed by Wes Craven. The story follows a high school student who becomes the target of a mysterious killer known as Ghostface. The film was influenced by earlier horror films like Halloween and Friday the 13th.

The text on the poster we identify is created by Futura Font. Futura was designed by Paul Renner and published by Linotype. Futura contains 34 styles.