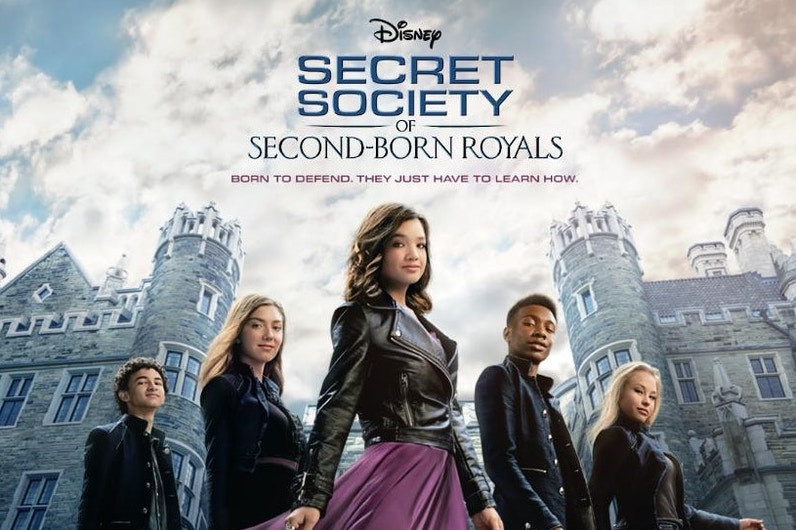 Secret Society of Second-Born Royals is an upcoming contemporary science fantasy superhero film. Anna Mastro serves as director, with a screenplay co-written by Alex Livak and Andrew Green, based on an original story by Litvak, Green, and Austin Winsberg. Zanne Devine, Mike Karz and Winsberg serve as producers. Peyton Elizabeth Lee, Skylar Astin and Élodie Yung star in the film. The film was produced in association with Disney Channel and Walt Disney Pictures.

The text on the poster we identify is created by Eurostile Next Extended Semi Bold Font. Eurostile Next was designed by Aldo Novarese, Akira Kobayashi and published by Linotype. Eurostile Next contains 98 styles and family package options.