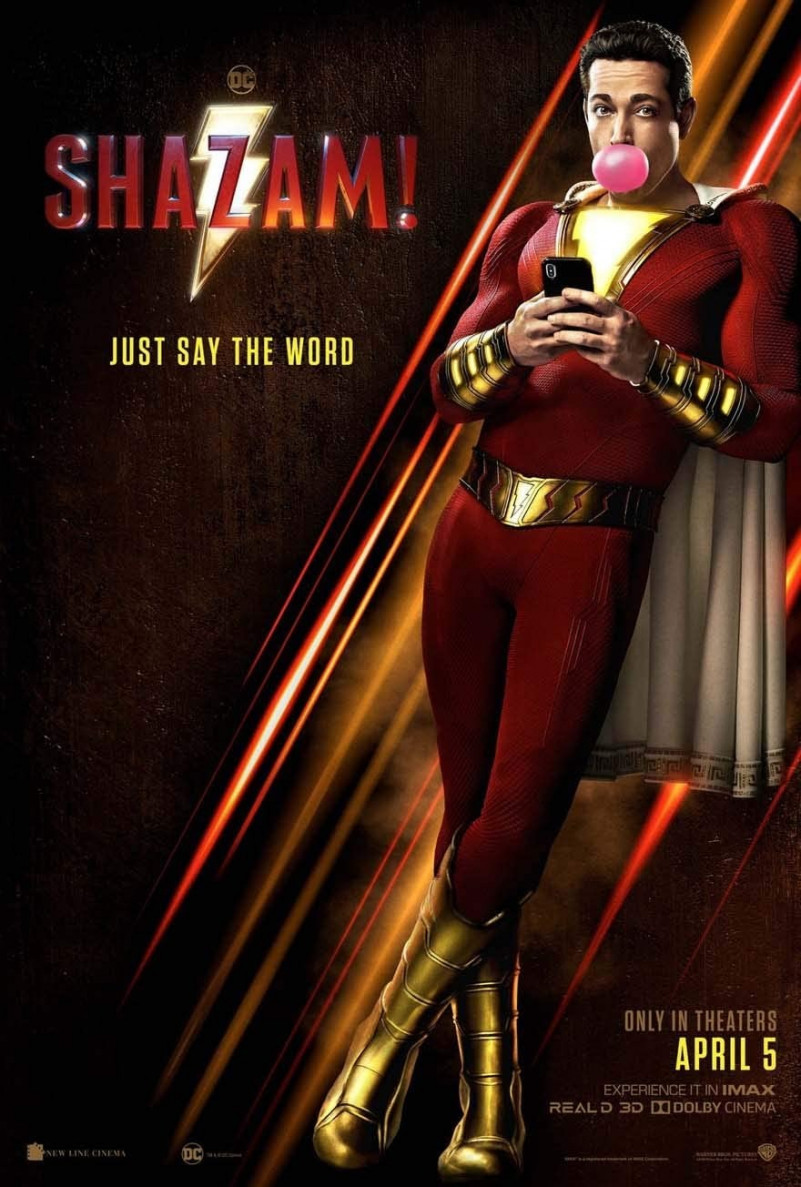 Shazam! is a 2019 American superhero film based on the DC Comics character. Produced by New Line Cinema and distributed by Warner Bros. Pictures, it is the seventh installment in the DC Extended Universe (DCEU). Directed by David F. Sandberg from a screenplay by Henry Gayden, and a story by Gayden and Darren Lemke, the film stars Asher Angel as Billy Batson, a teenage boy who can transform into an adult superhero, played by Zachary Levi. Mark Strong, Jack Dylan Grazer, and Djimon Hounsou also star. The plot follows Billy Batson, who is chosen by the ancient wizard Shazam as his new champion and receives various superpowers. Billy and his best friend Freddy Freeman (Grazer) must discover Billy’s new powers in order to stop the evil Dr. Thaddeus Sivana (Strong) and the Seven Deadly Sins.

“Bubble & Thunder” is the font used in Shazam! poster.