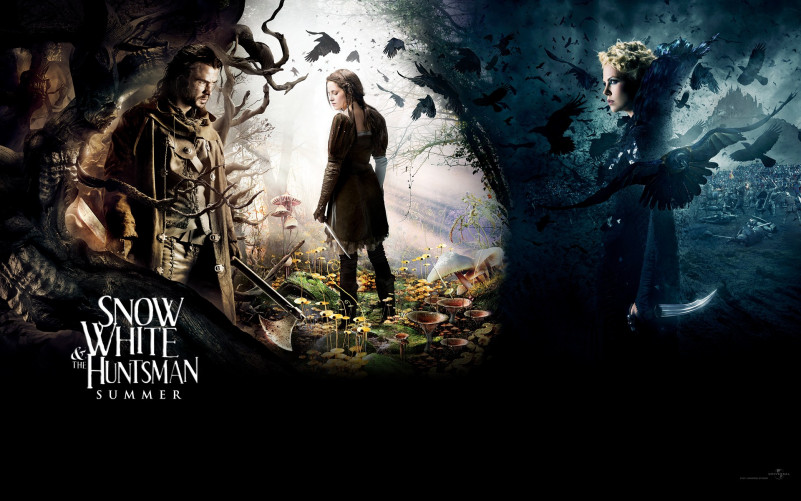 Snow White and the Huntsman is a 2012 American fantasy film based on the German fairy tale “Snow White” compiled by the Brothers Grimm. The film is the directorial debut of Rupert Sanders, with a screenplay by Evan Daugherty, John Lee Hancock and Hossein Amini, from a screen story by Daugherty. The cast includes Kristen Stewart, Charlize Theron, Chris Hemsworth, Sam Claflin, and Bob Hoskins in his final film performance. In the film’s retelling of the tale, Snow White grows up imprisoned by her evil stepmother, Queen Ravenna, a powerful sorceress. After Snow White escapes into the forest, Ravenna tells Eric, the Huntsman, that she will bring back his dead wife if he captures Snow White.

“Snow White” is the font used in Snow White and the Huntsman poster.