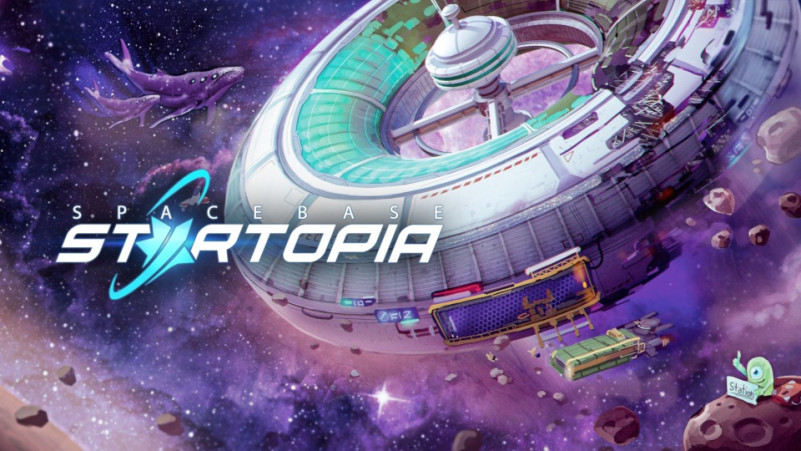 SPACEBASE STARTOPIA is an original mix of economic simulation and empire building strategy paired with classic RTS fights. In addition to the single player Campaign and Skirmish mode, there’s also a competitive and co-op multiplayer mode for up to 4 players. And as if maintaining the 3 Space Station Decks, entertaining the 8 Alien races and defending against invaders were not enough of a challenge, the dynamic narrator AI is not going to mince matters and commentates the events.

“United Kingdom” is the font used in Spacebase Startopia poster.