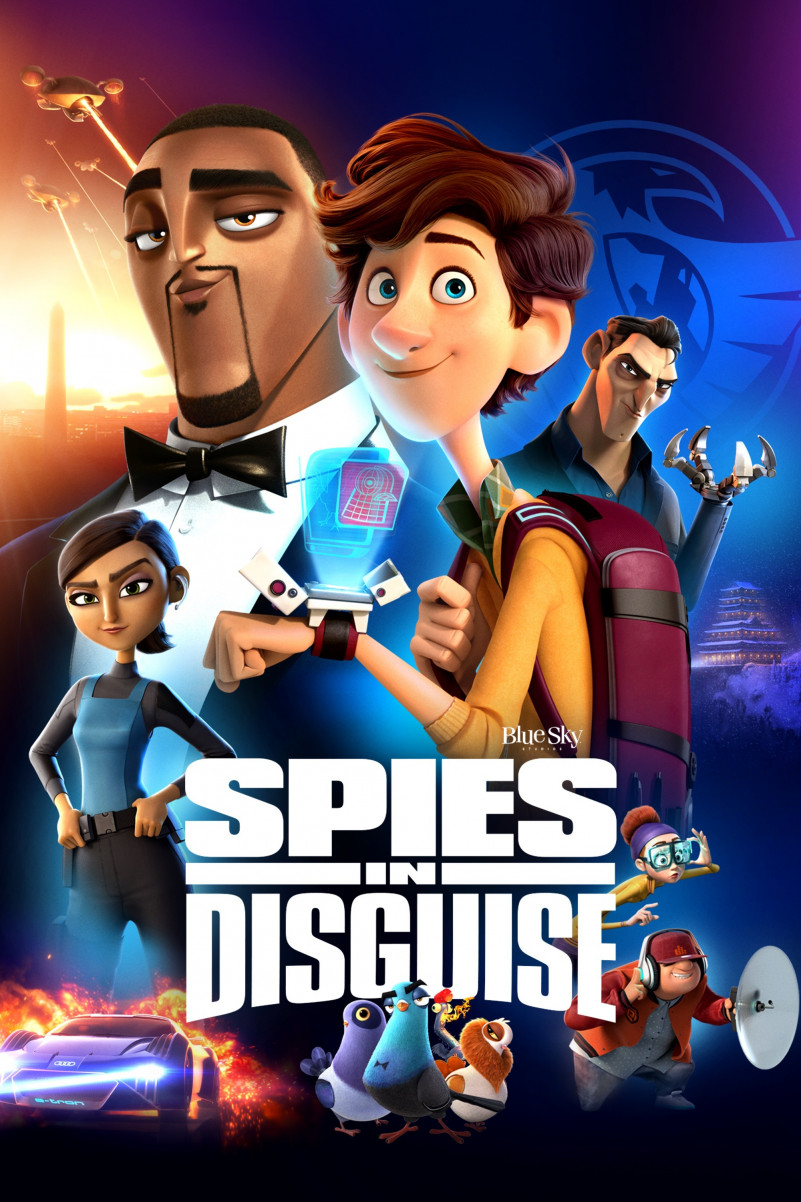 Spies in Disguise is a 2019 American computer-animated spy comedy film produced by Blue Sky Studios and distributed by 20th Century Fox. Loosely based on the 2009 animated short Pigeon: Impossible by Lucas Martell, the film is directed by Troy Quane and Nick Bruno (in their feature directorial debuts) from a screenplay by Brad Copeland and Lloyd Taylor, and a story by Cindy Davis. It stars the voices of Will Smith and Tom Holland, alongside Rashida Jones, Ben Mendelsohn, Reba McEntire, Rachel Brosnahan, Karen Gillan, DJ Khaled, and Masi Oka in supporting roles. The plot follows a secret agent (Smith) who is accidentally transformed into a pigeon by an intelligent young scientist (Holland); the two must then work together to stop a revenge-seeking cybernetic terrorist, and return the agent to his human form.

The text on the poster we identify is created by Compacta Font , or Republica Minor Font.

Compacta was designed by Fred Lambert and published by Linotype. Compacta contains 1 style.

Republica Minor gets an update and a little bit of a facelift in this revision. Gone are the round punctuation marks while the ampersand, capital M, and R receive slight augmentations among others.