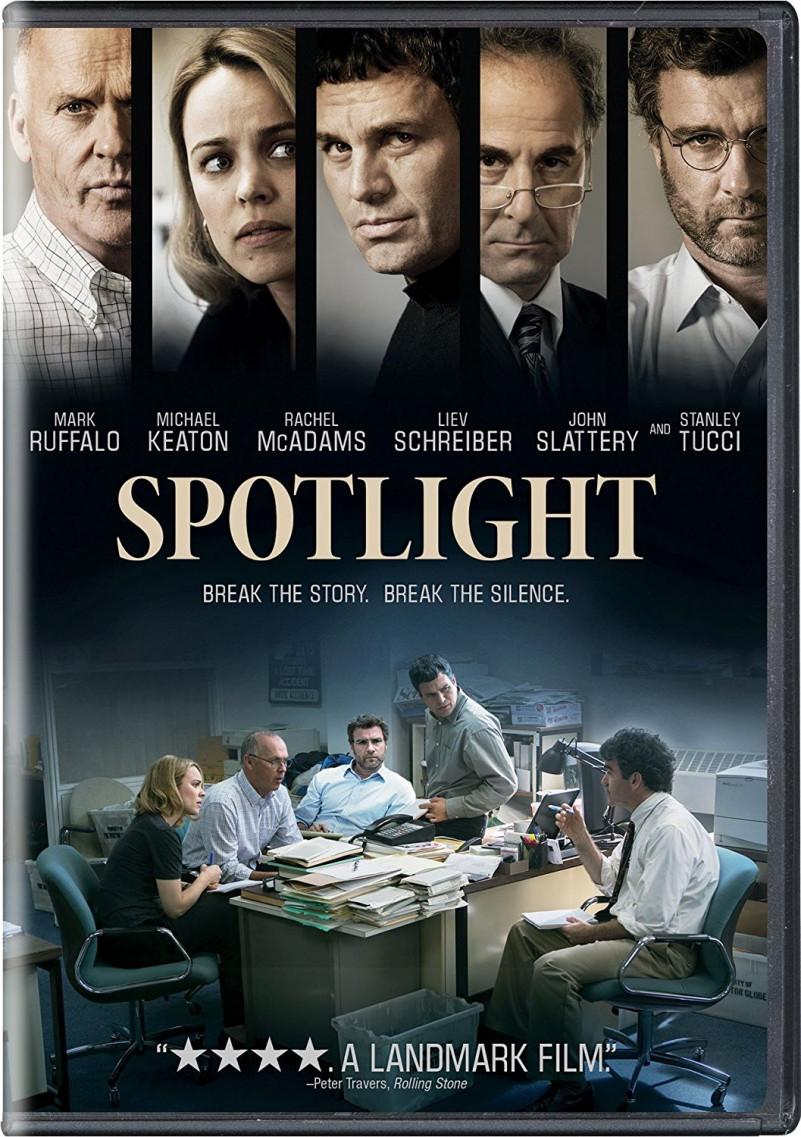 Spotlight is a 2015 American biographical drama film directed by Tom McCarthy and written by McCarthy and Josh Singer. The film follows The Boston Globe’s “Spotlight” team, the oldest continuously operating newspaper investigative journalist unit in the United States, and its investigation into cases of widespread and systemic child sex abuse in the Boston area by numerous Roman Catholic priests. It is based on a series of stories by the Spotlight team that earned The Globe the 2003 Pulitzer Prize for Public Service. The film features an ensemble cast including Mark Ruffalo, Michael Keaton, Rachel McAdams, John Slattery, and Stanley Tucci, with Brian d’Arcy James, Liev Schreiber, and Billy Crudup in supporting roles.

The text on the poster we identify is created by Minion Pro Bold Condensed Display Font.