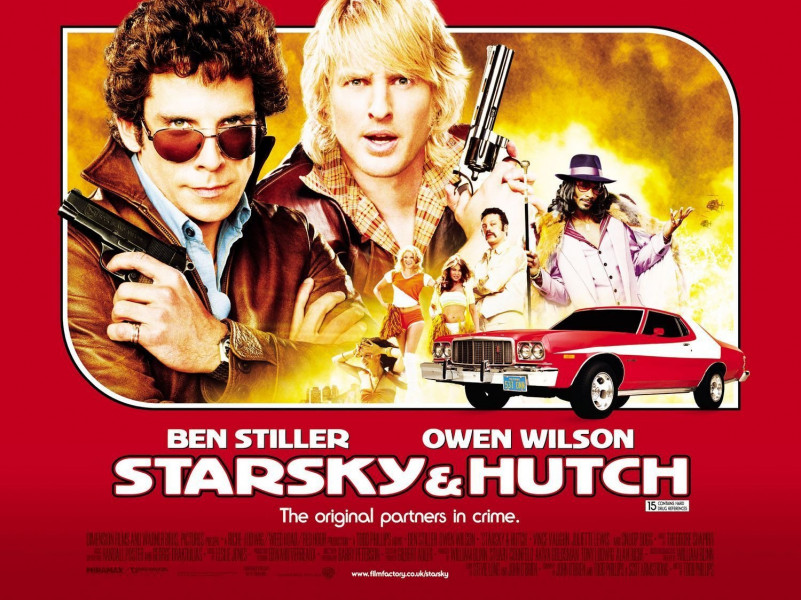 Starsky & Hutch is a 2004 American crime comedy film. The film is an adaptation of the original television series of the same name from the 1970s, and centers on two cops who work for the Bay City Police Department.

The font used for the film title in the poster is very similar to Legothic Font. Legothic was designed by Phil Martin and published by URW Type Foundry. Legothic contains 3 styles and family package options.