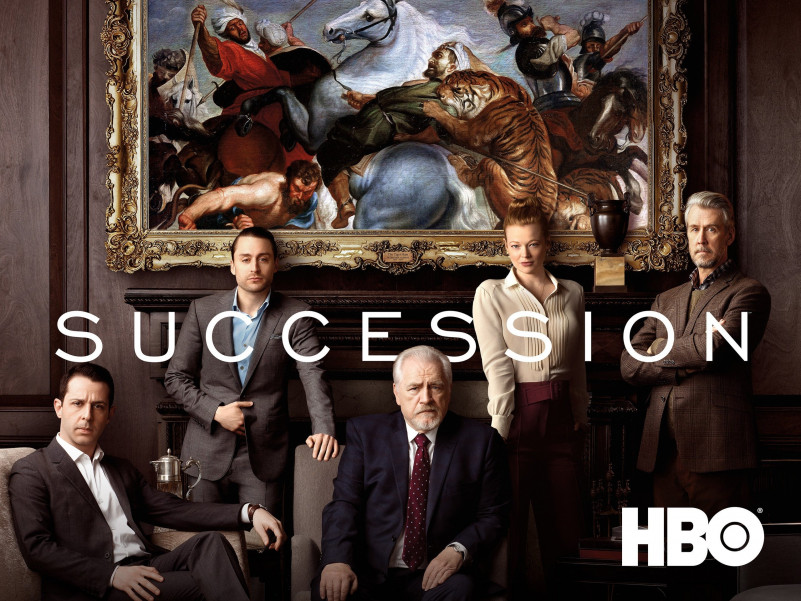 Succession is an American satirical comedy-drama television series created by Jesse Armstrong. It premiered on June 3, 2018, on HBO, and has been renewed for a third season. The series centers on the Roy family, the dysfunctional owners of Waystar Royco, a global media and hospitality empire, who are fighting for control of the company amid uncertainty about the health of the family’s patriarch, Logan Roy (Brian Cox).

The text on the poster we identify is created by Sackers Gothic Font.