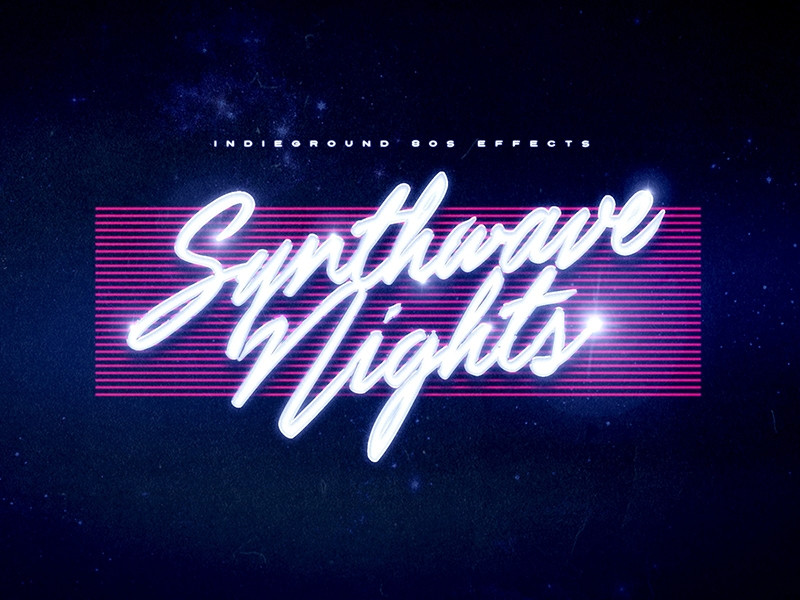 The Synthwave music scene has created a huge rippling effect on the way post-modern aesthetics have evolved. Synthwave shows off a cool and electric 1980’s-1990’s vibe because that’s exactly where it came from. Although it’s an aesthetic genre established in the music scene, Synthwave’s look is inspired by a diverse set of art forms – 80’s films, video games, cartoons, and so much more.

The font used for Synthwave Nights is Guld Font. Designed by Måns Grebäck. A font in gold, Guld Script is a brush typeface with vibrant strokes; sloppy and wet, yet simple and pure.