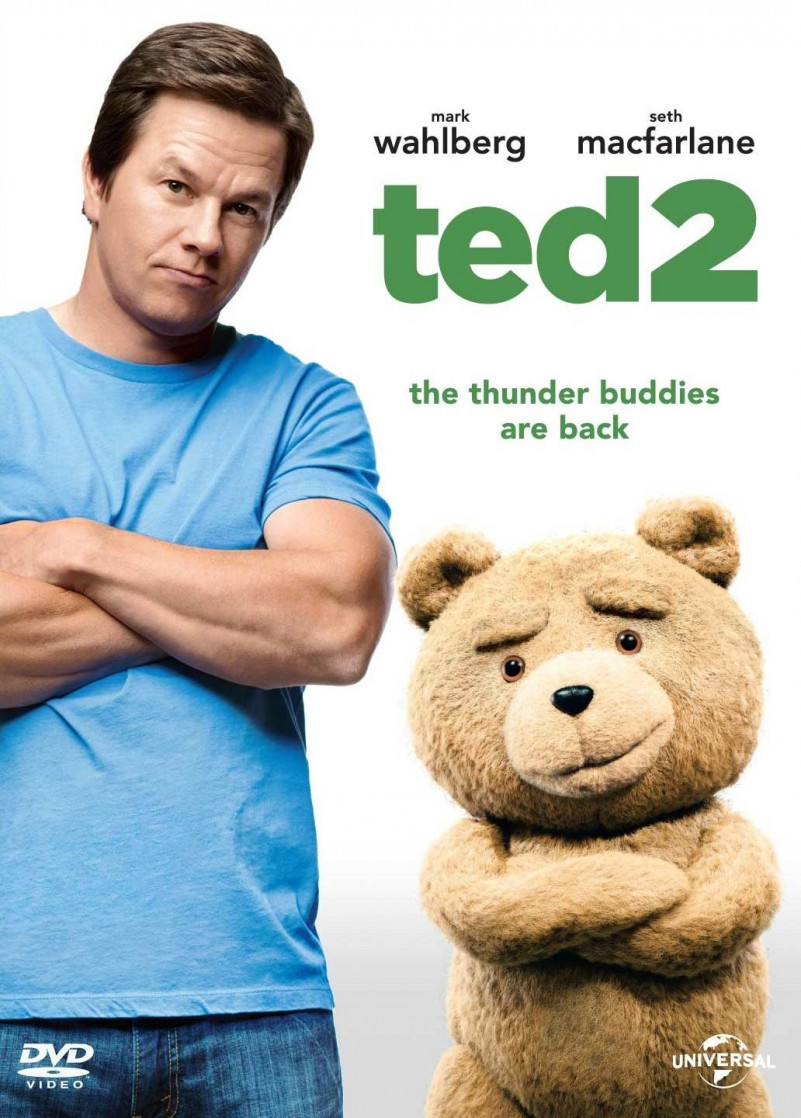 Ted 2 is a 2015 American comedy film directed and written by Seth MacFarlane, Alec Sulkin and Wellesley Wild, and is a sequel to the 2012 film Ted. The film stars Mark Wahlberg and MacFarlane, and follows the talking teddy bear Ted as he fights for civil rights in order to be recognized as a person. The film also stars Amanda Seyfried, with Giovanni Ribisi and Jessica Barth reprising their roles and John Slattery and Morgan Freeman joining the cast.

The font used for the Ted 2 poster is Gotham