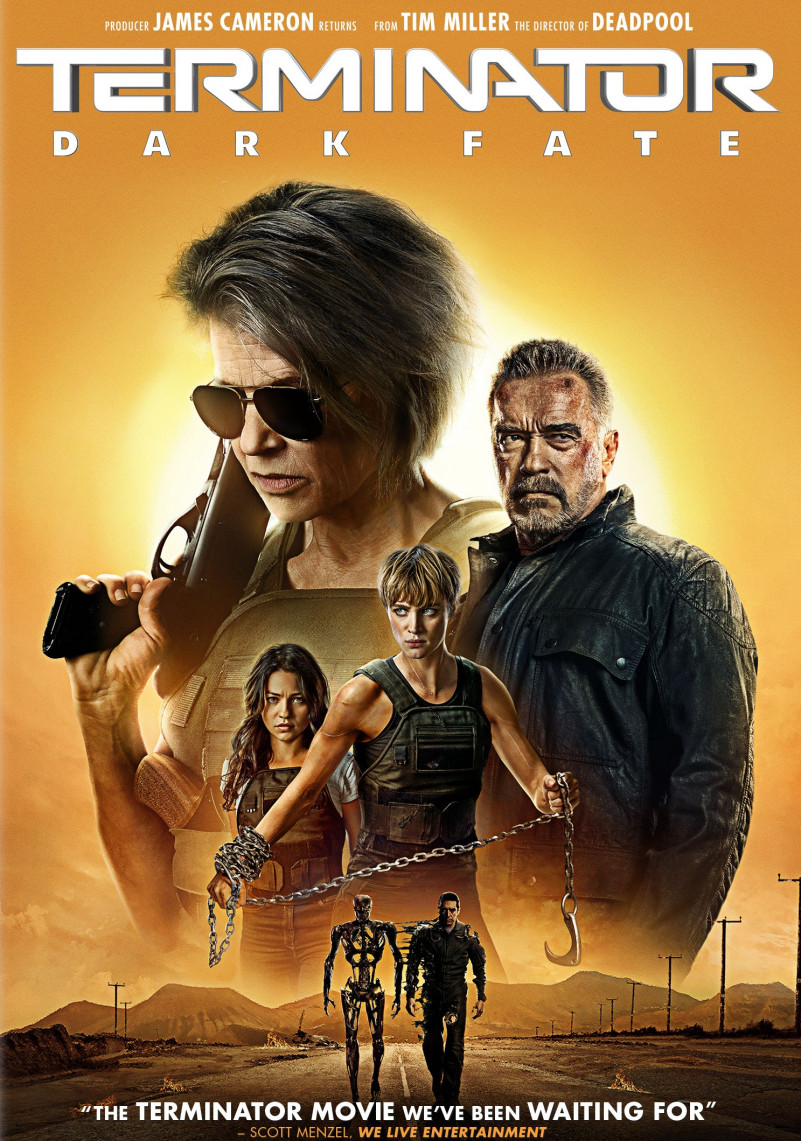 Terminator: Dark Fate is a 2019 American science fiction action film directed by Tim Miller, from a screenplay by David Goyer, Justin Rhodes, and Billy Ray, from a story by James Cameron, Charles H. Eglee, Josh Friedman, Goyer, and Rhodes. Cameron also produced the film with David Ellison. It is the sixth installment in the Terminator film franchise, and acts as a direct sequel to The Terminator (1984) and Terminator 2: Judgment Day (1991), while disregarding T2-3D: Battle Across Time (1996), Terminator 3: Rise of the Machines (2003), Terminator Salvation (2009), Terminator Genisys (2015), and the television series Terminator: The Sarah Connor Chronicles (2008–2009) as occurring in alternate timelines, following the return of creative control to Cameron.

The text “Terminator” on the poster we identify is created by Terminator Dark Fate Font.