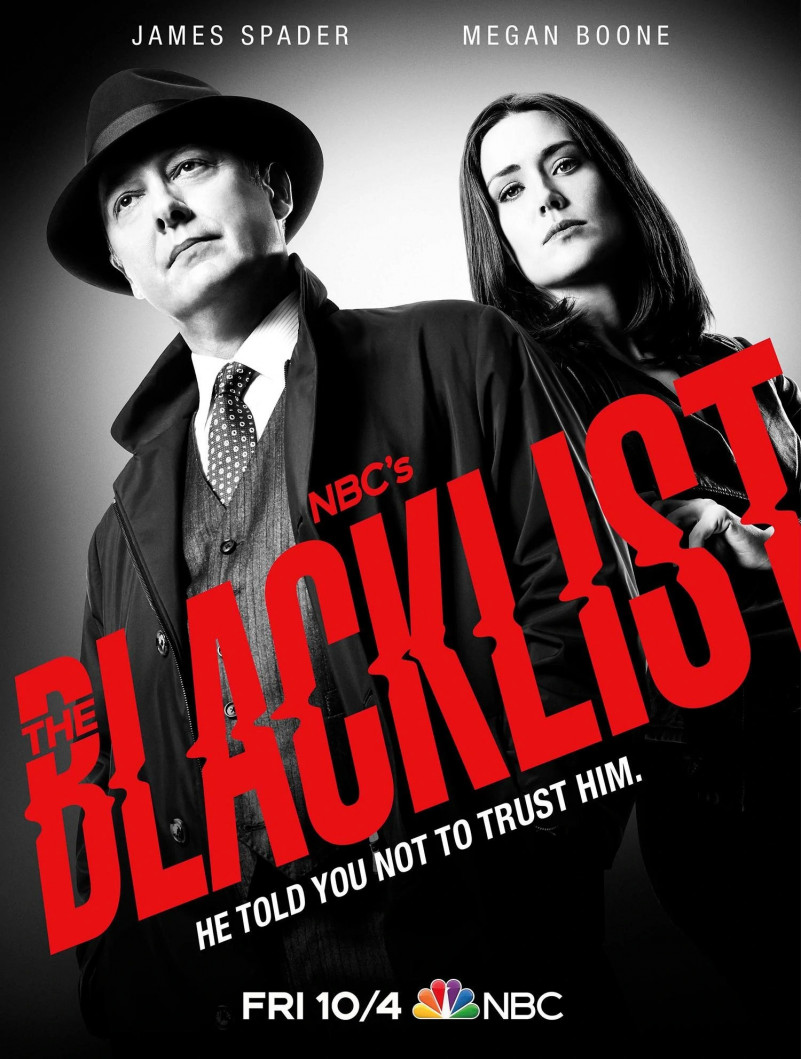 The Blacklist is an American crime thriller television series that premiered on NBC on September 23, 2013. The show follows Raymond “Red” Reddington (James Spader), a former U.S. Navy officer turned high-profile criminal who voluntarily surrenders to the FBI after eluding capture for decades. He tells the FBI that he has a list of the most dangerous criminals in the world which he has compiled over the years, and he is willing to inform on their operations in exchange for immunity from prosecution. However, he insists on working exclusively with rookie FBI profiler Elizabeth Keen (Megan Boone).

The text on the poster we identify is created by Helvetica Ultra Compressed Font.