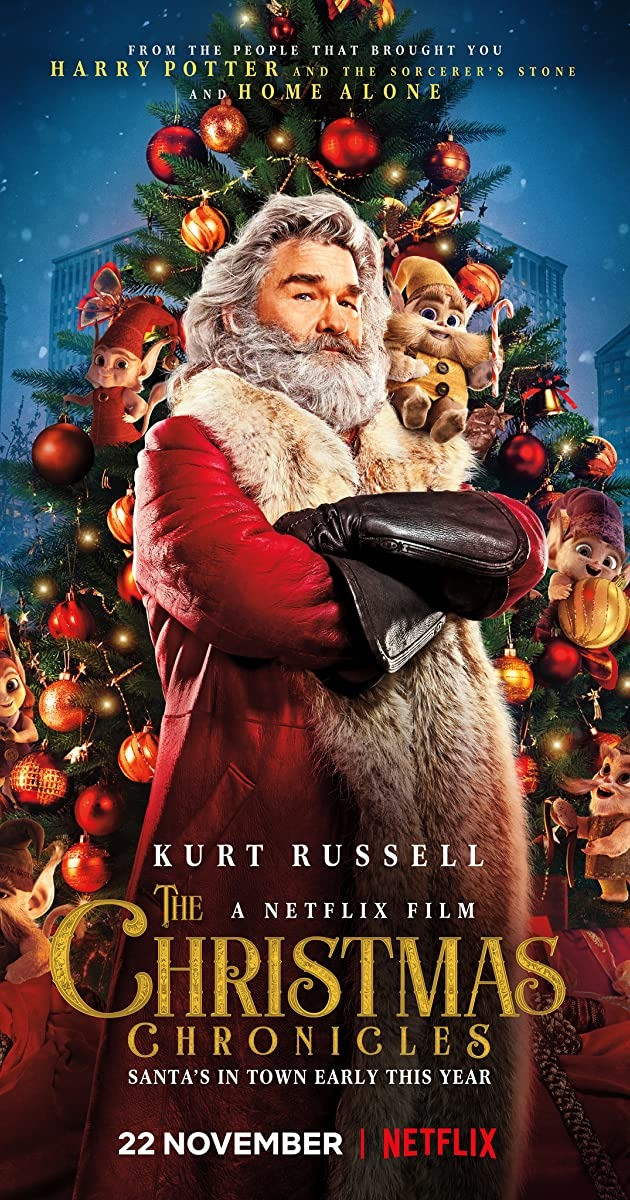 The Christmas Chronicles is a 2018 American Christmas comedy film directed by Clay Kaytis from a screenplay by Matt Lieberman. The film stars Kurt Russell, Judah Lewis, Darby Camp, Lamorne Morris, Kimberly Williams-Paisley, and Oliver Hudson. It is the first installment in the The Christmas Chronicles film series. The film was produced by 1492 Pictures and Wonder Worldwide, and was released on November 22, 2018 on Netflix.

“Frosty ” is the font used in The Christmas Chronicles poster.