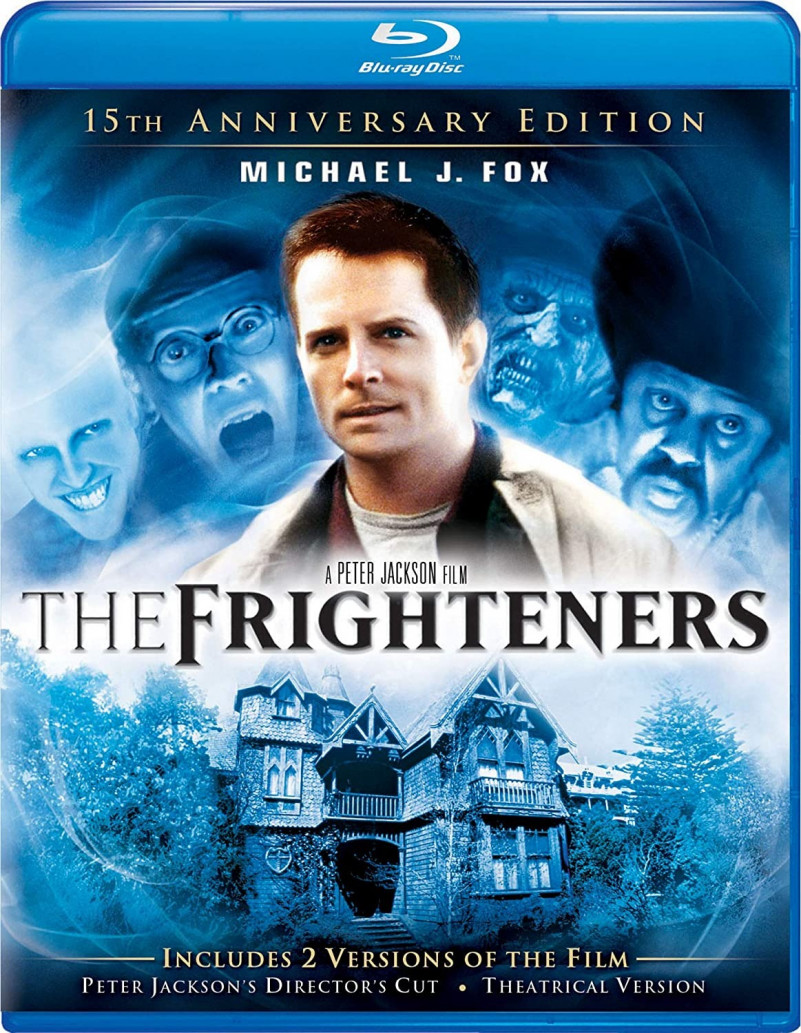 The Frighteners is a 1996 comedy horror film directed by Peter Jackson and co-written with Fran Walsh. The film stars Michael J. Fox, Trini Alvarado, Peter Dobson, John Astin, Dee Wallace Stone, Jeffrey Combs, R. Lee Ermey and Jake Busey. The Frighteners tells the story of Frank Bannister (Fox), an architect who practices necromancy, developing psychic abilities allowing him to see, hear, and communicate with ghosts after his wife’s murder. He initially uses his new abilities to befriend ghosts, whom he sends to haunt people so that he can charge them handsome fees for “exorcising” the ghosts. However, the spirit of a mass murderer appears able to attack the living and the dead, posing as the ghost of the Grim Reaper, prompting Frank to investigate the supernatural presence.

The text on the poster we identify is created by Matrix II Font. Matrix II was designed by Zuzana Licko and published by Emigre. Matrix II contains 23 styles and family package options.