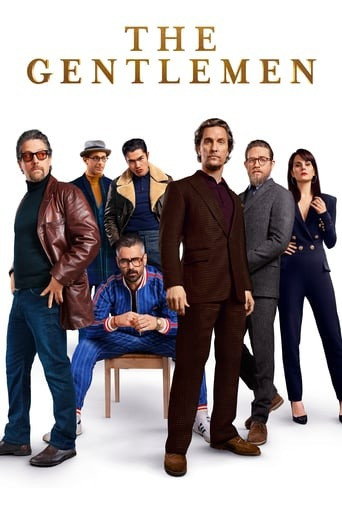 The Gentlemen is a 2019 action comedy film written, directed and produced by Guy Ritchie, from a story by Ivan Atkinson, Marn Davies, and Ritchie. The film stars Matthew McConaughey, Charlie Hunnam, Henry Golding, Michelle Dockery, Jeremy Strong, Eddie Marsan, Colin Farrell and Hugh Grant. It follows an American marijuana kingpin in England who is looking to sell his business, setting off a chain of blackmail and schemes to undermine him.

The text “The Gentlemen” on the poster we identify is created by Mrs Eaves Font.  Mrs Eaves was designed by Zuzana Licko and published by Emigre. Mrs Eaves contains 9 styles and family package options.