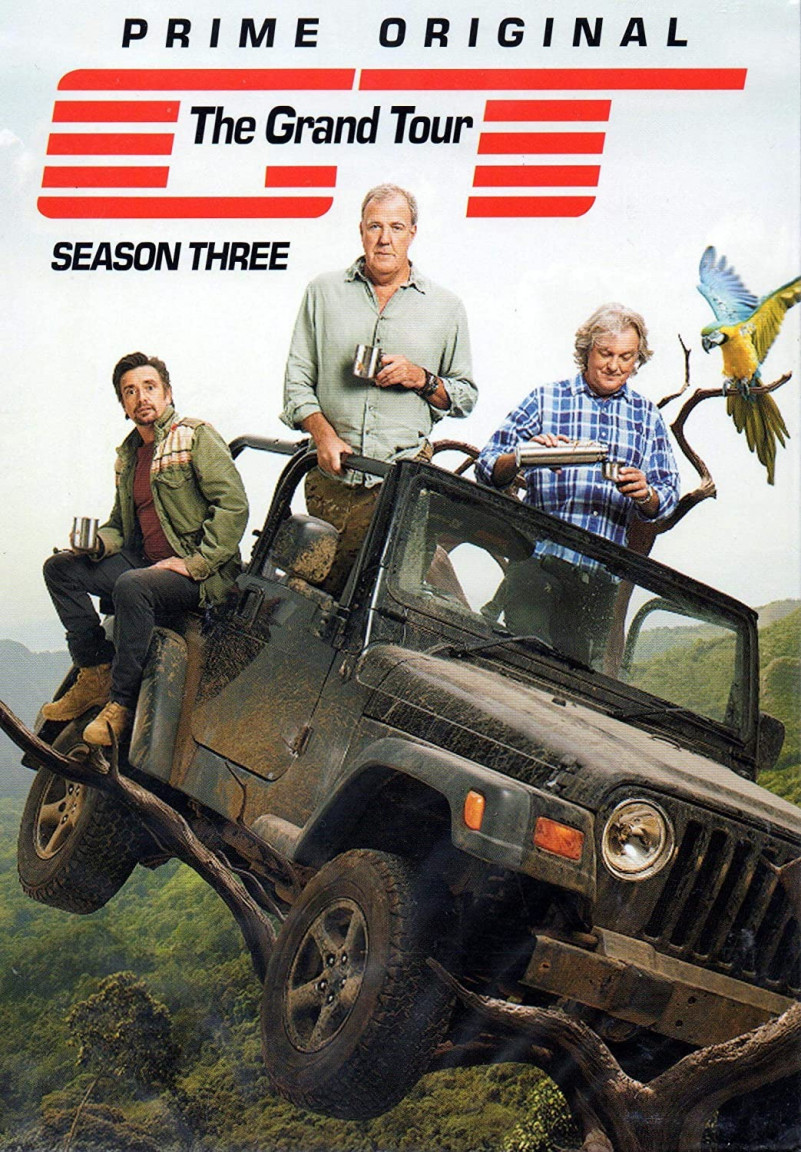 The Grand Tour is a British motoring television series for Amazon Video presented by Jeremy Clarkson, Richard Hammond and James May and produced by Andy Wilman. It was first streamed on Amazon Prime Video on 18th, November, 2016.

The text on the poster we identify is created by  Industry Demi Italic Font.