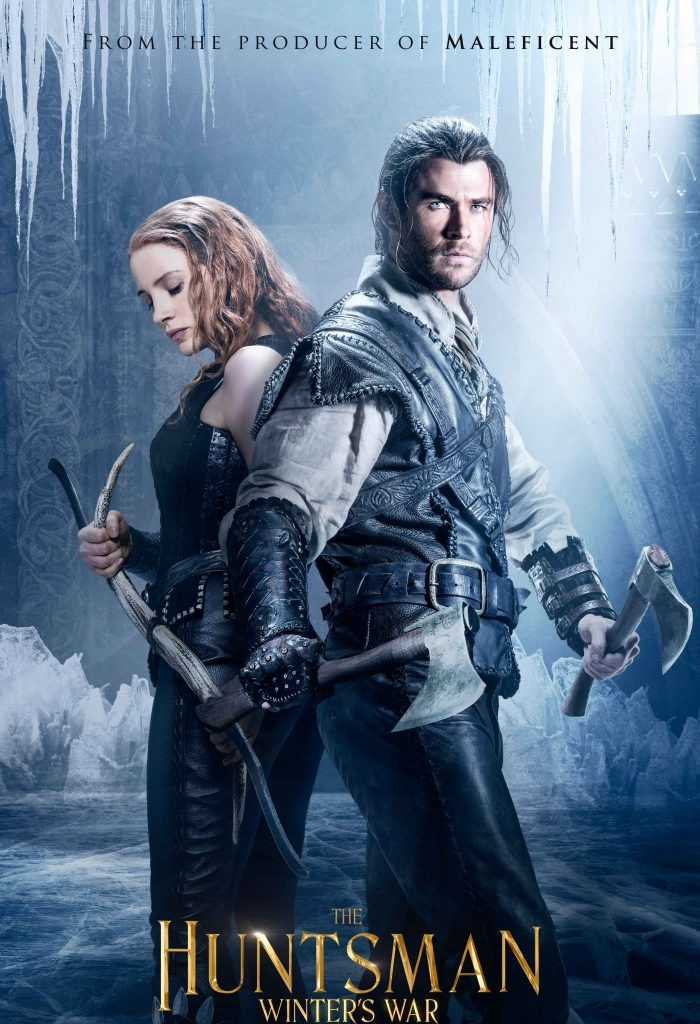 The Huntsman: Winter’s War is a 2016 American fantasy action-adventure film, both a prequel and sequel to Snow White and the Huntsman (2012), it takes place before and after the events of the first film. The film is the directorial debut of Cedric Nicolas-Troyan, who was a visual effects supervisor and second unit director on the first film. It is written by Craig Mazin and Evan Spiliotopoulos, based on characters created by Evan Daugherty, which like the first film were inspired by the fairy tale “Snow White” compiled by the Brothers Grimm, as well as “The Snow Queen” by Hans Christian Andersen. Reprising their roles from the first film, the cast includes Chris Hemsworth, Charlize Theron, Nick Frost, and Sam Claflin. The film also introduced new characters played by Emily Blunt, Jessica Chastain, and Rob Brydon.