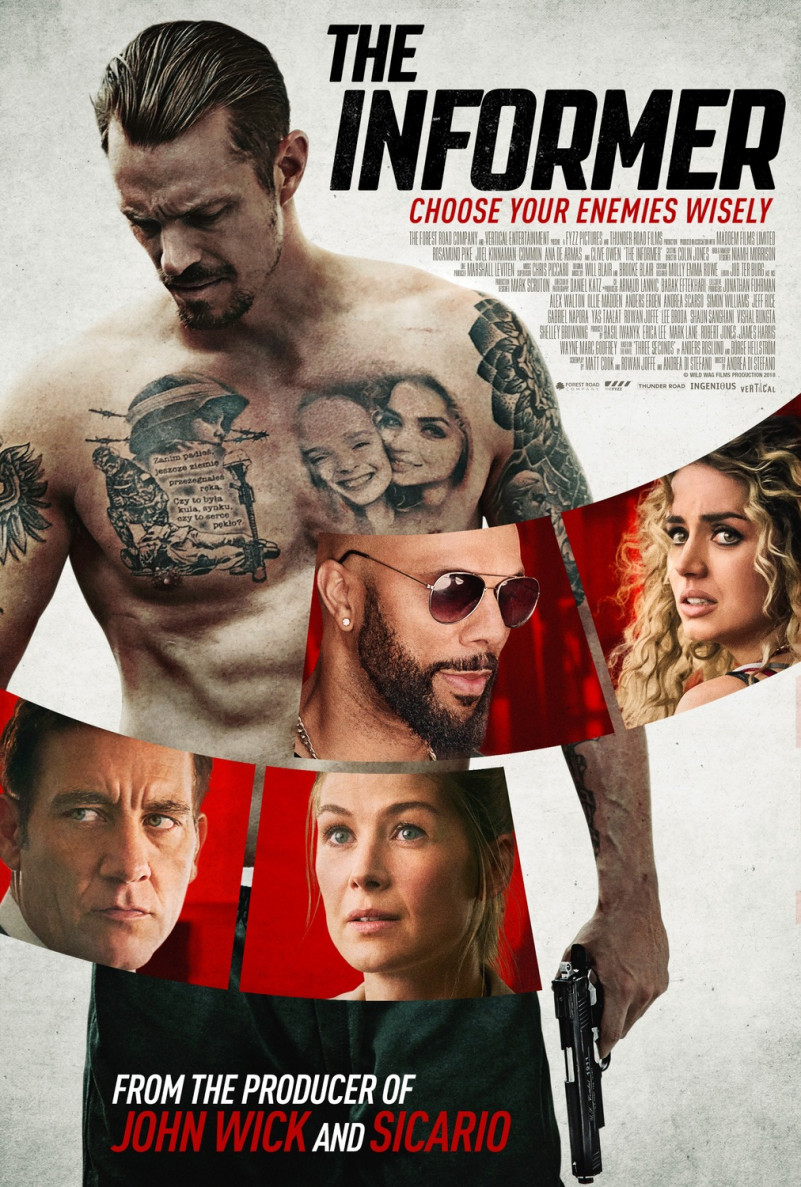 The Informer is a 2019 British crime thriller film directed by Andrea Di Stefano and written by Matt Cook, based on the novel Three Seconds by Roslund/Hellström. It stars Joel Kinnaman as the title character, alongside Rosamund Pike, Common, Ana de Armas, and Clive Owen.

The film was released on 30 August 2019 in the United Kingdom by Warner Bros., and received a limited release on 6 November 2020 in the United States by Vertical Entertainment and Noriva.