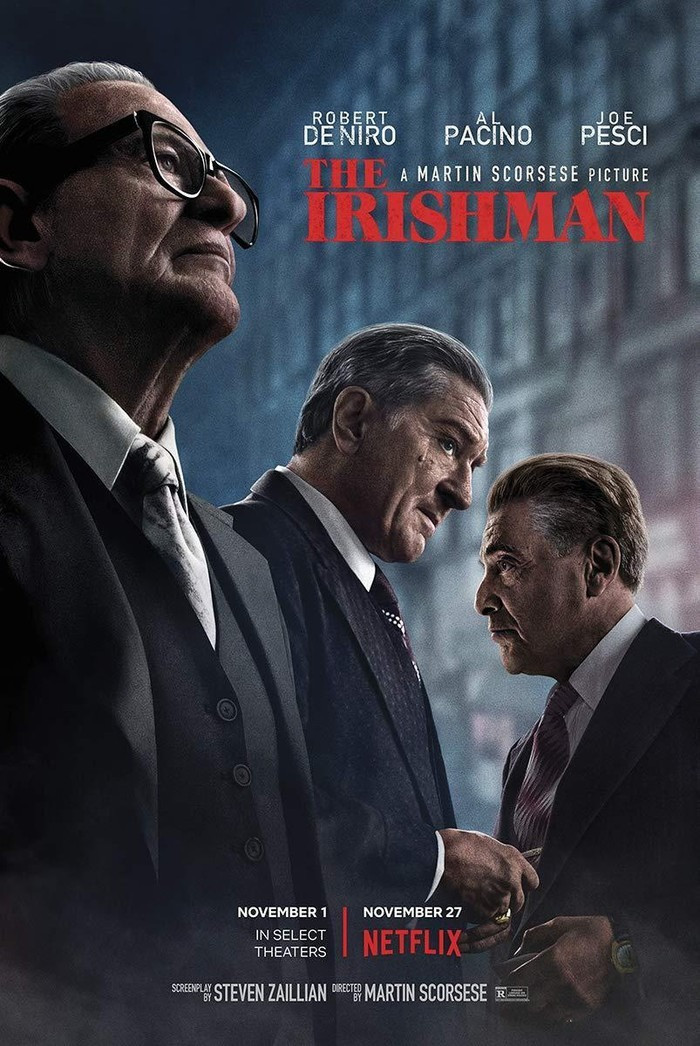 The Irishman is a 2019 American epic crime film directed and produced by Martin Scorsese and written by Steven Zaillian, based on the 2004 nonfiction book I Heard You Paint Houses by Charles Brandt. It stars Robert De Niro, Al Pacino, and Joe Pesci, with Ray Romano, Bobby Cannavale, Anna Paquin, Stephen Graham, Stephanie Kurtzuba, Jesse Plemons, and Harvey Keitel in supporting roles. The film follows Frank Sheeran (De Niro), a truck driver who becomes a hitman involved with mobster Russell Bufalino (Pesci) and his crime family, including his time working for the powerful Teamster Jimmy Hoffa (Pacino).

The text on the poster we identify is created by ITC Grouch Font or Grandee CP Font. ITC Grouch was designed by Tom Carnase, Ronne Bonder and published by Bitstream. ITC Grouch contains 1 style.