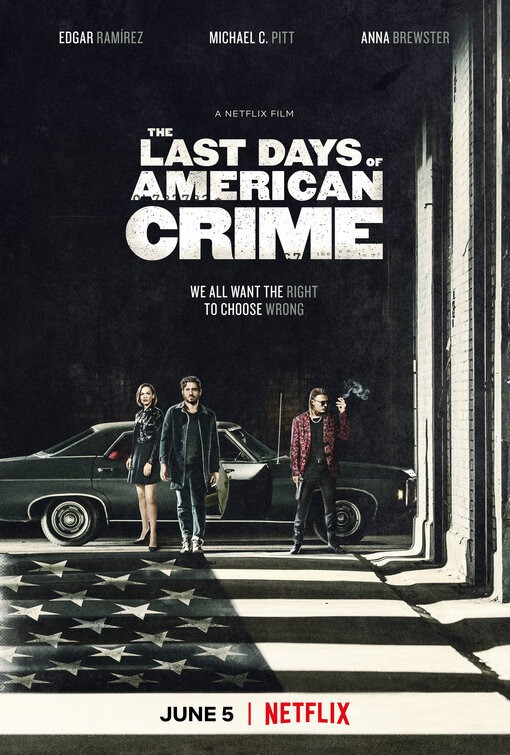 The Last Days of American Crime is an upcoming American crime action thriller film directed by Olivier Megaton from a screenplay written by Karl Gajdusek. It stars Édgar Ramírez, Anna Brewster, Michael Pitt, and Sharlto Copley and is based on Rick Remender and Greg Tocchini’s 2009 graphic novel of the same name.