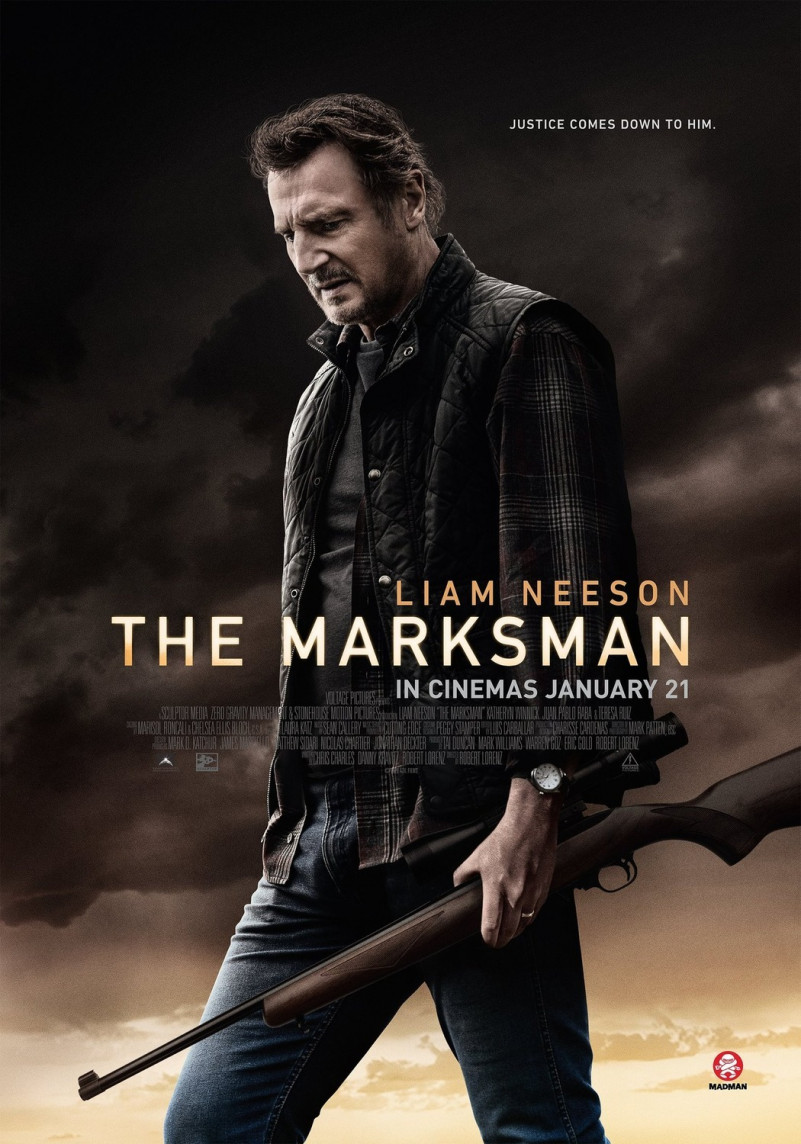 The Marksman is an upcoming American action thriller film directed by Robert Lorenz and starring Liam Neeson. It is about a rancher and former Marine living in an Arizona border town must help a young boy escape a Mexican drug cartel. The film is scheduled to be theatrically released in the United States on January 15, 2021.

“DIN 1451 Pro MittelSchrift” is the font used in The Marksman poster. DIN 1451 was published by Linotype. DIN 1451 contains 5 styles and family package options.