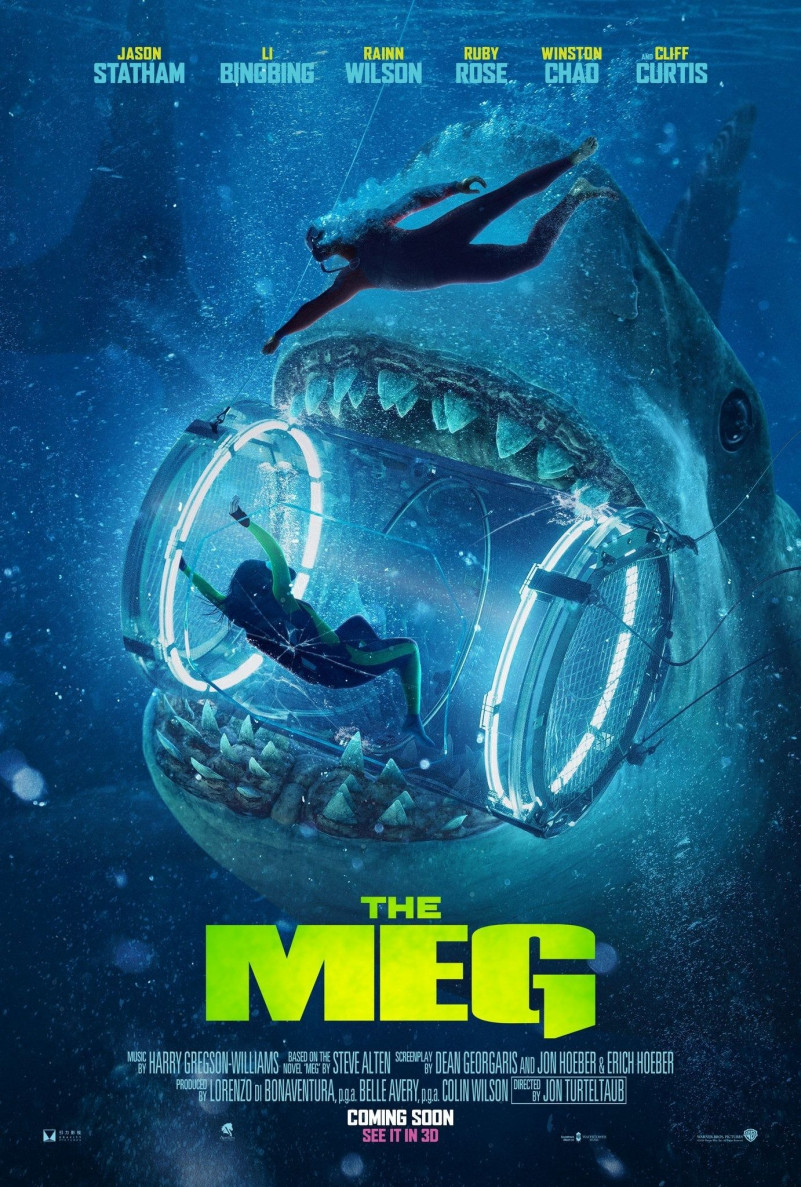 The Meg is a 2018 science fiction action film directed by Jon Turteltaub with a screenplay by Dean Georgaris, Jon Hoeber, and Erich Hoeber, loosely based on the 1997 book Meg: A Novel of Deep Terror by Steve Alten. The film stars Jason Statham, Li Bingbing, Rainn Wilson, Ruby Rose and Winston Chao. The film follows a group of scientists who encounter a 75-foot-long (23 m) megalodon shark while on a rescue mission at the floor of the Pacific Ocean.

The text “The Meg” on the poster we identify is created by The Meg Font.