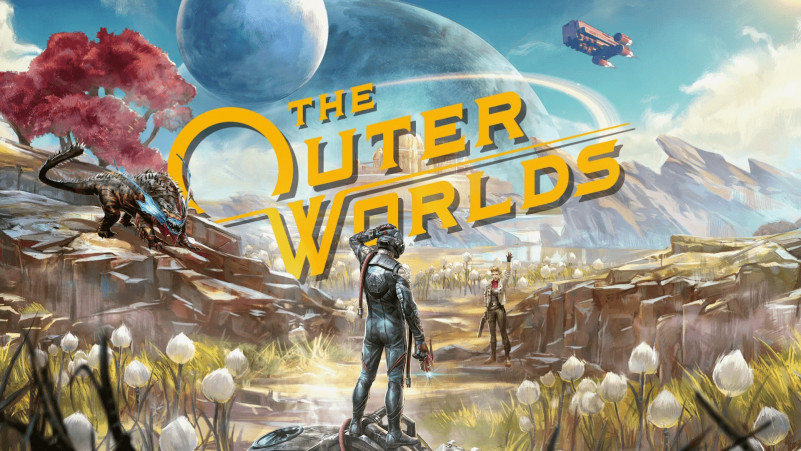 The Outer Worlds is an action role-playing game developed by Obsidian Entertainment and published by Private Division. The game was released for PlayStation 4, Xbox One, and Microsoft Windows in October 2019, with a Nintendo Switch version released in June 2020. The game received generally favorable reviews from critics.

The text “The Outer Worlds” on the poster we identify is created by Maroon Font.