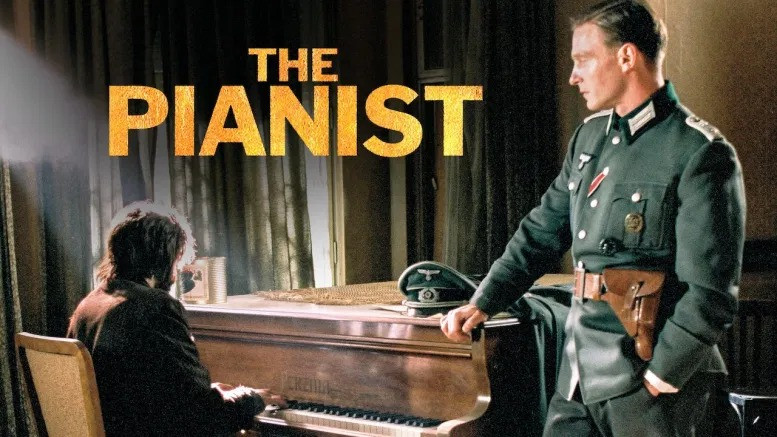 The Pianist is a 2002 war biographical drama film produced and directed by Roman Polanski, with a script by Ronald Harwood, and starring Adrien Brody. It is based on the autobiographical book The Pianist (1946), a Holocaust memoir by the Polish-Jewish pianist and composer Władysław Szpilman, a Holocaust survivor. The film was a co-production of France, the United Kingdom, Germany, and Poland.

The text on the poster we identify is created by  Franklin Gothic Font.